What are the reasons for emigrating from the UK? This isn’t your usual travel blog post. It’s about me finding the correct response to a question that I have struggled to answer for over nine years.

A question that I am faced with whenever I tell people that almost ten years ago, we emigrated to New Zealand and left our home in the Georgian city of Bath in the UK.

“Why would you leave such a beautiful place? It’s one of the most sought-after places to live in the UK. The Romans, the baths, the architecture”. Yeah, yeah. Blah, blah, blah.

Annoyingly,  I’ve never been able to answer them because although I kind of knew the answer, I could never put it into words, so when anyone would ask me I would stand there like a half-wit and say “we wanted more space – and we like roast lamb”.

And the kids, I could never explain to them why, when we lived in a beautiful little 1920’s house set in three acres of woodland, just an hour from London by train, did we haul them to the other side of the world to live on a farm and homeschool.

Then yesterday I remembered. It all came back to me.

I finally remembered what had made us leave Bath in the UK  to go and live in New Zealand. 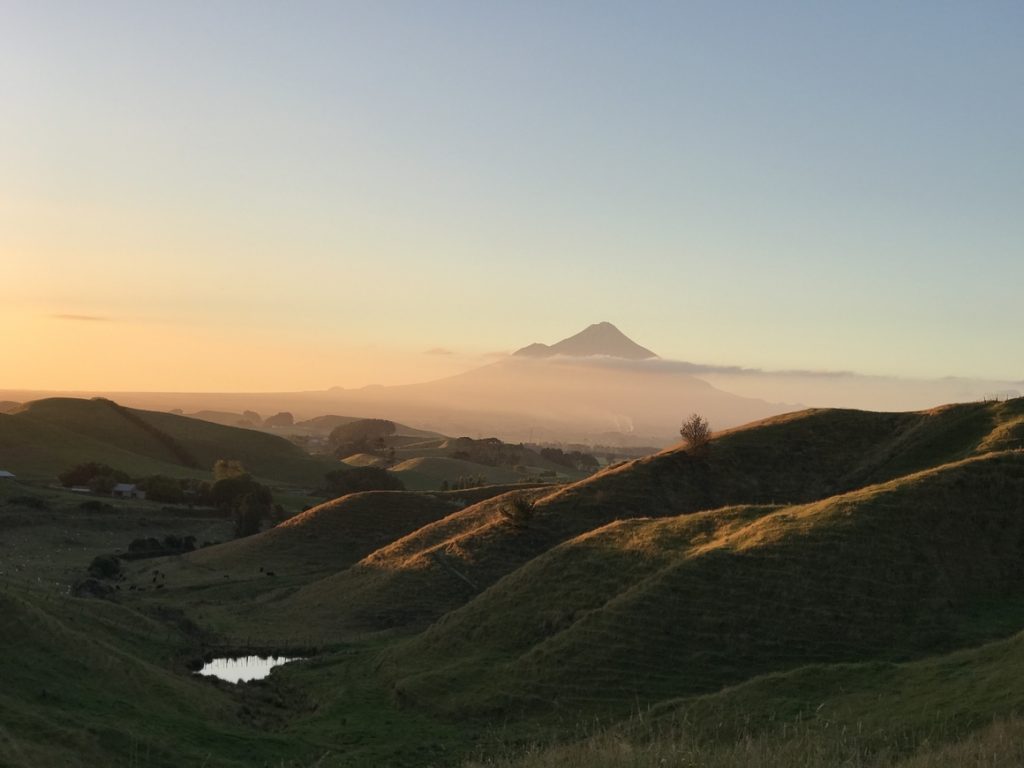 As some of you know, we are currently backpacking around the world with our kids. On a tight budget might I add. We are housesitting in the city of Bath, our old stomping ground. as a side note, housesitting around Europe has saved us approximately ten grand in accommodation fees; if you haven’t done it you’re missing out.

Back to the story.

The kids were desperate to go and see the house where they had grown up. It’s the only home they can both really remember. But I refused on the grounds that I might find it too upsetting.

I’ll be honest with you, I was scared that I’d get back there and think “oh my God. Why the hell did I leave this?” And then spend the next ten years crying in inconvenient places – looking out of the car window with my sunglasses on – even though it’s raining.

I’m a bit weird like that. I’m the sort of person who won’t watch her wedding video or look at photos of my own babies. It upsets me too much. Don’t ask me why. I think I’m a bit mental.

So now you know my fragile state surrounding things from my past, Ill carry on. I was wobbly, know that.

But, because I can put my big girl pants on and do brave things when I want to, I agreed to take the kids to our old house. I said we would walk down the lane and take look at the garden from the outside. Just for old times sake. 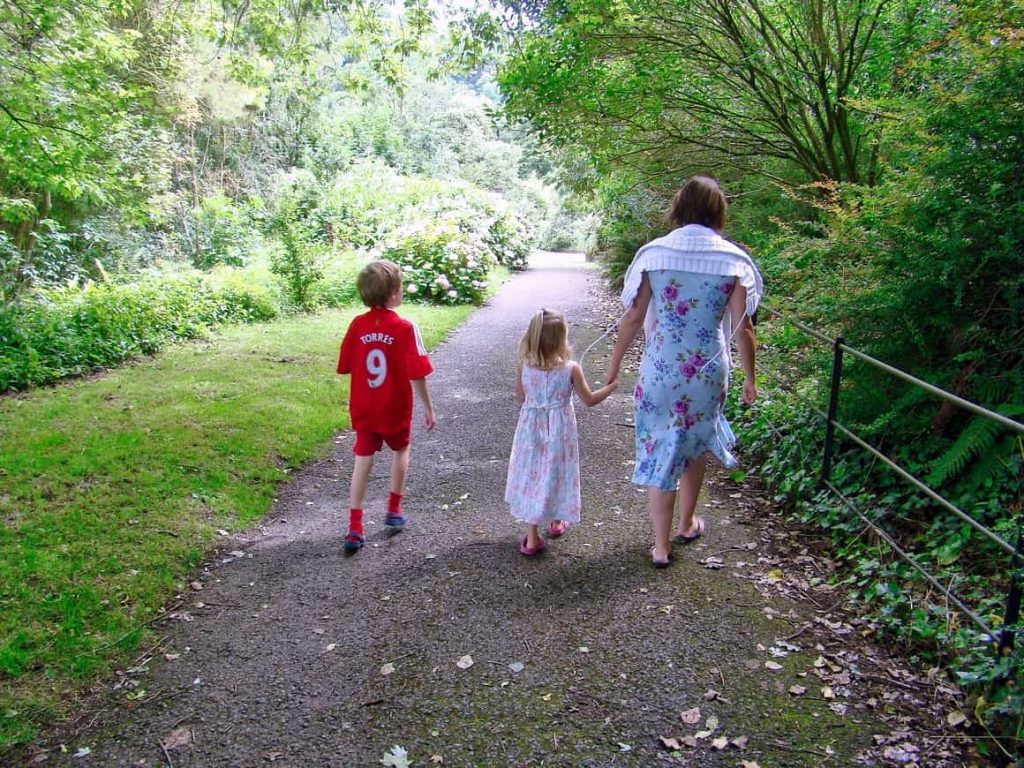 Walking down a beautiful English lane…many moons ago. Sonny was 7 and Tess was 4. And I had a different bra on.

But that wasn’t enough. No. They started bugging me “Please!” they said,  “Just phone her and ask if we can go inside for a look. We want to see where we used to put the Christmas tree and if that Superman sticker is still on the skirting board behind the radiator”.

Pull your knickers up Liz.

So, Brian called the woman who had bought the house from us. She still lives there.  And in true British fashion, she was flustered and started babbling on and on about how the house was a tip and that it ‘wasn’t really up for visitors’.

‘Look’ we said, ‘it’s just for old times sake. We will only be there for five minutes. The kids just want to see their old rooms, and then we will be off. We don’t want to sleep on your couch or anything. We don’t even want to use your washing machine. We’re not like that in real life’.

I suppose I could see her point. If a vagabond family who’s house I had bought many moons ago turned up on my doorstep ten years later looking as though they’d just fallen out of a charity shop,  I too would probably lie and make some crap excuse as to why I couldn’t let them in.

I’d say that the dog’s stomach had just exploded and I had to take her to the vets.

But Brian wouldn’t take no for an answer. He practically twisted her arm over the phone and she finally agreed to let us in and have a look at our old home.

And so, ten years later, with two teenagers, I found myself walking down the familiar gravel path that led to the house in which Brian and I had shed blood, sweat and tears, and had put our heart and soul into renovating.

We had bought that house in 2004. It was to be our dream home. I loved it; it was tiny, but I loved it. It had been built by an old couple who owned donkeys and grew wild sage and raspberries and who didn’t give a shit about the fact that they had a BA1 postcode or that Waitrose had a same day dry cleaning service.

We knocked on the door and were met by a rather frantic looking woman. The same woman who, ten years earlier, had fallen in love with our home and had given us the money to start a new life in New Zealand.

Things didn’t start off well. The first thing she greeted us with was: “you’ve changed.”

Well. Hello to you too.

‘Bloody right we’ve changed’ I wanted to bark back in her face,  ‘it’s been almost ten years and dragging these brats around the world hasn’t been easy…’ but instead, I smiled, politely drew my eyes away from her shiny forehead, and said: “I like your door knocker”.

I wish I could get a skin stretch. Me with my twenty-seven smile lines and a mouth that is slowly turning south. Her, living in my old house wearing a blue cashmere sweater. Dry clean only.

We stepped into what was our old ‘boot room’.

The cloakroom where you hung your coats.

We called it a boot room because that’s what you do when you’re trying to be posh and pretend that you own a farmhouse when really you live in the city and the closest you’ve been to a farm is Happy Valley Playcentre that has some manky chickens and a rescued lama.

We walked into the kitchen. The kitchen with the Italian tiled floor that we had taken a second mortgage out on to pay for.

“I hate this bloody floor. Really hate it. It drives me mad, especially with the dog. I wish you’d put something else down”.

Not one mention of a cup of tea or a quick 30 degree wash for Sonny’s flip-flops.

“I want to rip it out,” she said haughtily.

I wanted to say that Sonny would gladly take a sledgehammer to it for fifty quid but I decided that this might sound a bit pushy and desperate.

“You can’t rip this out,” Brian cried, “this is Italian Limestone!”

Wait for it, wait for it…here comes the reply. The reply that reminded me why I wanted to leave Bath.

“Yes, but it’s not the RIGHT limestone.”

That’s it. In a nutshell. This beautiful floor, in this gorgeous kitchen, in a sympathetically renovated sweet, idyllic house and all she can say is: “it’s not the right limestone”.

That’s what I say when I want to swear but I’m too scared that I’ll sound common. It’s Cornish for ‘go away please.’

She was ruining our trip down memory lane.

And it didn’t stop there. Our curiosity (a nice word for nosey parkers) coupled with the nostalgic enthusiasm of the kids kept us there for another thirty minutes or so.

All of our polite observations such as: “oh my gosh look what you’ve done to the garden”  were met with a negative:

“Yes, but it would be nice if we had a swimming pool. It’s been soooo haaattt this summer, you wouldn’t believe…”

I wanted to say that it had been pretty damn hot in Bangkok too, but I refrained because my palms were starting to sweat and my eyelid was twitching.

She nearly fell through the ‘not quite right’ limestone flooring when we told her that we were travelling the world with the kids for a year.

She obviously doesn’t know that Brian has worked his backside off for the past seven years and that we are spending the kid’s inheritance money.

Or, that we like noodles and beans; and my knickers are knackered, and I’m wearing the same bra that I bought three years ago.

I smiled my knowing little smile but that quickly dissolved when I heard the next question.

“But what about school? How can the kids take time out at such a crucial part of their education”

My other eyelid decided to twitch too, so now I looked like one of those obsessive liars that blink a lot because they have something to hide.

Note to oneself. Must teach Tessa how to lie convincingly when questioned by anyone other than the farmer up the road who can’t hear properly.

“Time to go!” I squeaked –  a bit too enthusiastically.

I couldn’t get out of there quickly enough. But not before she had told us about how much she hated the Eucalyptus tree that we had planted, or how the radiator was in the wrong place.

Not quite right. That’s it in a nutshell.

Today has been an eye-opener. That woman, who lives in a beautiful house in a gorgeous city with her family, who hasn’t even got one single wrinkle or any visible nose hair and all she can say is “it’s not enough”.

Bath is such a beautiful city, it really is, but it wasn’t where we were supposed to be and I’m a big believer in if something isn’t making you happy, then change it. So we did.

This year-long trip has taught me this. We are enough. The only things worth a million dollars are not the things that you buy from John Lewis or Harrods, but the experiences that you spend with your family, with the people who love you unconditionally. Making Memories.

I know that the only thing worth anything is time. Time to enjoy life. Time to stop and look at what you have and where you are and who you are with. Not swimming pools and landscaped gardens that you never go into in. Or new kitchens with travertine floors that you won’t let your dog walk on.

Time. Time to remember who you are and how perfect you are. Just as you are. Wrinkles and all.

I’ve told the kids we are selling up when we get back to New Zealand; we are going to live in a caravan van by a stream.

Sonny said he’s leaving home, and Tessa said she wouldn’t be able to sleep because of the noise of the water, but I don’t care; we’re doing it.

I’ll buy Tessa some noise cancelling headphones and I’ll tie Sonny to the caravan wheel with a long piece of elastic so that he can stretch his legs but never escape.

The only thing is, I’ll have to buy a swift 3 Caravan and not a swift 2. After all, it has to be just right.