Japan. 39 Things You Probably Should Know (BEFORE) You Turn up.

Want to know the secret of a successful trip to Japan?  Familiarise yourself with a few culture facts about Japan before you arrive in the country.

Do your homework–  that way you will be one step ahead of the rest while you are there.

By brushing up on your Japanese etiquette and becoming acquainted with a few facts on the culture of Japan before you travel, will mean that you are less likely to find yourself losing face or insulting someone unintentionally while you are there.

Plus, you will return home eager to book your next trip to Japan!

The Culture Of Japan. A Few (Standout) Facts

Last year, my family and I spent a month backpacking around Japan staying with Japanese Couchsurfing hosts.

It was wonderful. A bit unnerving at times but never the less wonderful.

The beauty of Couchsurfing (or housesitting – another one of our favourites) in a country is that you get to stay with real people in their homes and have the privilege of seeing everyday life in Japan as it really is.

Plus, you get to spend time in the very posh and beautiful Japanese bathrooms!

The Japanese people are amongst the most generous and welcoming of folk that you are likely to meet, but they do have one tiny downside.

The Japanese people don’t like to tell it how it is.

If you have done something wrong in Japan (like in our case when we wore our house shoes into the bathroom) your Japanese host probably won’t come straight out and tell you— instead, they might ‘hint’ or try to tell you in a way that won’t make you feel embarrassed.

This is lovely and very nice, but take it from me; hints and a seventeen-year-old boy don’t go in the same sentence.

Leaving me with no other choice than to prepare myself for my next visit to Japan with some facts about their culture.

My son, learning a few Japanese culture facts from a local journalist! Does that look like a face that takes ‘hints’??

*If you are the sort of person that can read while they listen then why not play our latest travel podcast episode! How to cope in Japan by knowing a few of the culture facts!

39 Culture Facts About Japan (that will help you out)

For at least 1400 years Japan has been recognised as the land of the rising sun so we will kick off our first culture fact and tell you why that is.

In Japanese, the name Japan is Nihon or Nippon, loosely translated means “Land of the Rising Sun.”

In this week’s podcast, Sonny and I talk about some of the cultural facts of Japan and how we found the country to be from a travelling family point of view.

#1:  Never use the highly offensive word baka. Baka translated means ‘Idiot’ and is the most offensive word you can use in Japan— not a pleasant word to use wherever you are in the world, but in Japan, it is especially insulting so avoid at all costs.

#2:   Geisha means ‘person of the arts’ and the first geisha were actually men. 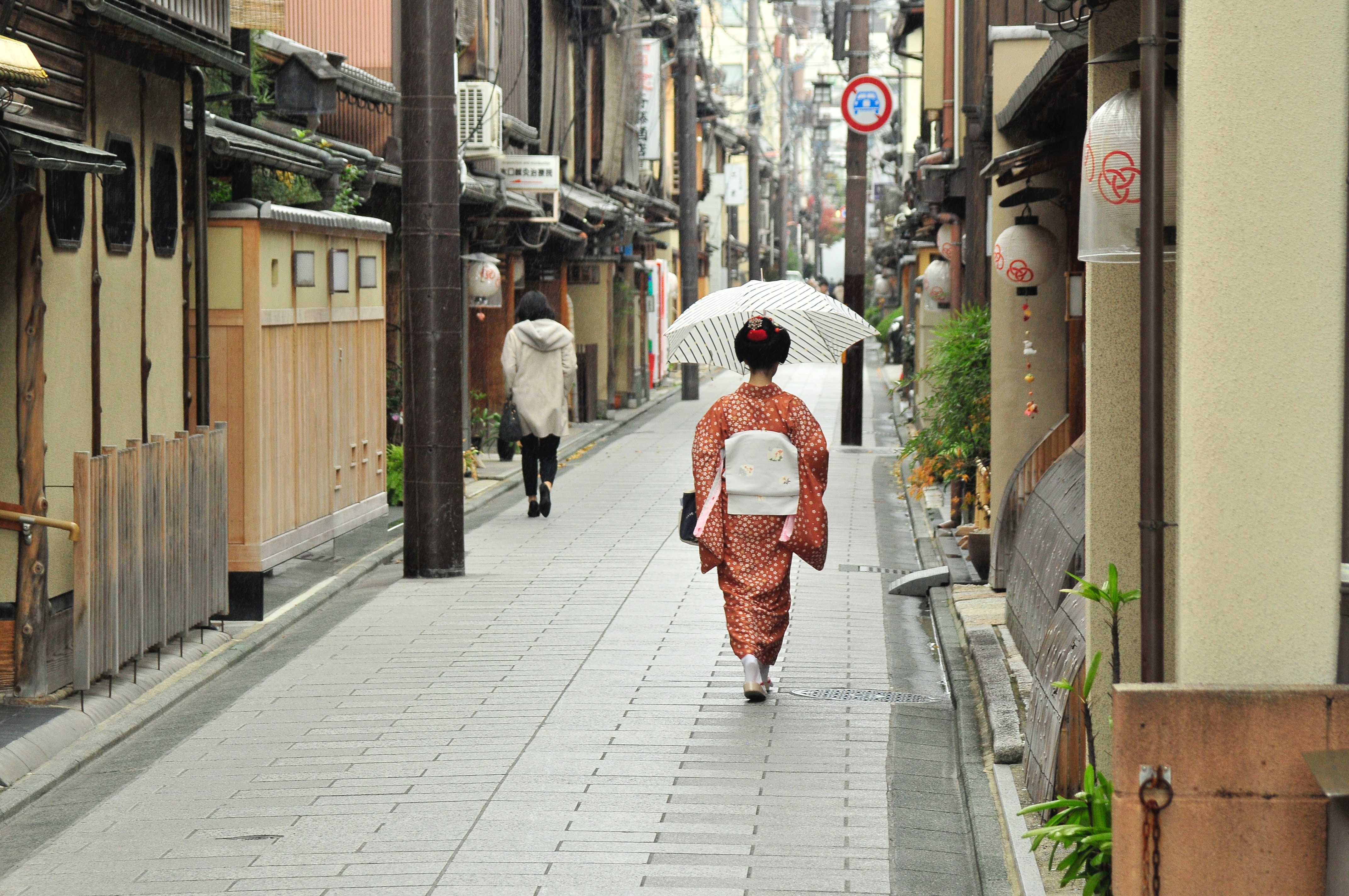 #4:  If you lose your wallet in Japan, the chances of it being returned with all your money still in it are 90 per cent.

#5:  Japanese people can work for 18 hours without a break.

#6:  Many Japanese companies have morning exercise sessions for their workers.

#7:  A hygiene worker in Japan (someone who empties the trash for example) is referred to as a  health engineer and can expect a salary of up to USD 8000 per month. Furthermore, a cleaner in Japan is subjected to written and oral tests before they are given employment.

#8:  Japan has the third-longest life expectancy in the world with men living to 81 years old and women living to almost 88 years old.

#10:  Japan is one of the cleanest countries in the world.

#11:  In Japan, there are vases with umbrellas on the streets that can be taken for free. It is expected that you replace your umbrella when you have finished using it.

#15:  The trains in the busy cities of Japan can become incredibly crowded,  so much so that special railway staff are employed to cram passengers inside.

#16:  When Japanese people meet, they traditionally bow instead of shake hands, and the lowest bow shows the deepest respect.

#17:  Japan has around 5.5 million vending machines with one on almost every street corner.

#18:  The Japanese avoid the number four (shi) because it sounds the same as the word for death. Tall buildings don’t have a fourth floor and tea and sake sets are sold with five cups. In a Japanese tea ceremony, the desirable number of guests is three or five.

#19:  The Japanese tea ceremony as you experience it today is around 400 years old. Tea was considered a medicine, which is why Japanese tea practitioners still say a “dose” of tea.

#20:   Many Japanese women believe that it is beautiful to have a fair, unblemished complexion on the face and hands. To achieve this covers are quite often attached to the handles of bicycles for protection against the sun and parasols or umbrellas are used to protect their skin when out in the sunshine.

#21:   It became very popular in Japan for girls go to the dentist to have their teeth un-straightened.  Yaeba or crooked teeth are considered attractive in Japan as they are associated with youth.

#22:  Raised floors in Japanese houses indicate when to take off your shoes.

Japan Facts About The Country

#25:  In Japanese, the months don’t have names, only numbers. No January or February just first month, second month and so on.

#26:  In Japan, men shave their head to apologize.

#27:  Snd women might cut their hair after break up with a boyfriend.

#28:  Blowing your nose in public is frowned upon in Japan.

#30:  Japanese children clean their classrooms before they leave for home.

#31:  Due to the fact that teenagers (and younger kids) in Japan like too use their phones while showering, swimming or sitting in the bathtub, 90% of phones manufactured in Japan are waterproof.

#32:  Every year 24 billion chopsticks are used in Japan.

#33:  Slurping your soup is seen as a compliment.

#34:  Raw horse meat is a popular entree in Japan (although if you don’t fancy eating my little pony there are many other things to eat in Japan)

#35:  Japanese Sake is made from fermented rice and is usually served warm.

#36:  Japanese PEOPLE eat more fish than any other people in the world, about 17 million tons per year.

Leisure Time Facts About The Culture in Japan

#38:  If you’re in Tokyo on the Emperor’s Birthday you can take a free walking tour of the Imperial Palace grounds.

#39:  Tokyo has the most top-rated restaurants in the world. The city is home to more than 14 three-star Michelin restaurants.

#40:  Tokyo is the 2nd most expensive city to live in the world.

Related Posts That You Will Love!

Life in Japan. Why it’s so damn chilled

Two-week itinerary in Japan. See it the right way.

Now, why not listen to our podcast! First-hand facts and experiences of Japan culture!

I don’t want you to be overwhelmed with this list of Japanese culture facts. Many of them (as my son points out in the recent podcast episode that we made about Japan) are manners and common sense.

Japan is one of the most beautiful, friendliest and calmest countries you will ever visit and I hope that in reading this post you will have a further understanding of what to expect.

Remember! If you know of anyone who is travelling to Japan and would appreciate knowing a few culture facts about Japan then, please! Share this post!