Backpacking in Japan. How You Can Still Be Posh On a Budget

The word backpacking and Japan are not often used in the same sentence. It is assumed that the country is far too expensive to accommodate the lowly backpacker.

But it’s not true. Backpacking Japan is the best and very, very do-able on a limited budget.

Not only that, travelling in Japan without much money doesn’t mean you have to compromise. Take it from me

Backpacking In Japan. Our Experience

Contents show
Backpacking In Japan. Our Experience
10 Reasons Why You’re Going To love Backpacking In Japan
Backpacker Accommodation In Japan
Hostels In Japan
Couchsurfing in Japan
Pin This For Later!
Eating In Style As A Backpacker In Japan
Street Food
Noodles
7-Eleven
Sushi
Transport Options in Japan.
The Train
Renting a Car.
Check Out Our Video (and you’ll see what a Japanese Bus is like!)
The Bus
Hitchhiking
For Pinterest ⇓
Activities On A Backpackers Budget
5 Things That People Told Us About Japan (That Turned Out To Be Utter Rubbish)
Related Posts That You Will Enjoy

We (me, hubby and the kids) have just spent a month backpacking around Japan. Our budget was $75 a day for the four of us.

I heard that gulp.

Of all the countries that we backpacked through, Japan, which has to be one of the most beautiful places on earth, remains our firm favourite.

The people are just beautiful which was a huge surprise to us – we were told that the Japanese are quite reserved with Westerners.

The people that we met in Japan were all so kind and couldn’t do enough for us.

They never once laughed when we wore our toilet slippers into the house, no, instead, in their very Japanese way, they whispered into our ear – gave us some inside tips on what not to do in Japan so that we didn’t continue to make complete wallies of ourselves.

Then there’s the food and the beautiful countryside; really, Japan will take your breath away – but not your budget.

Here’s why you are going to love Japan if you are on a budget but still want to be a bit posh. 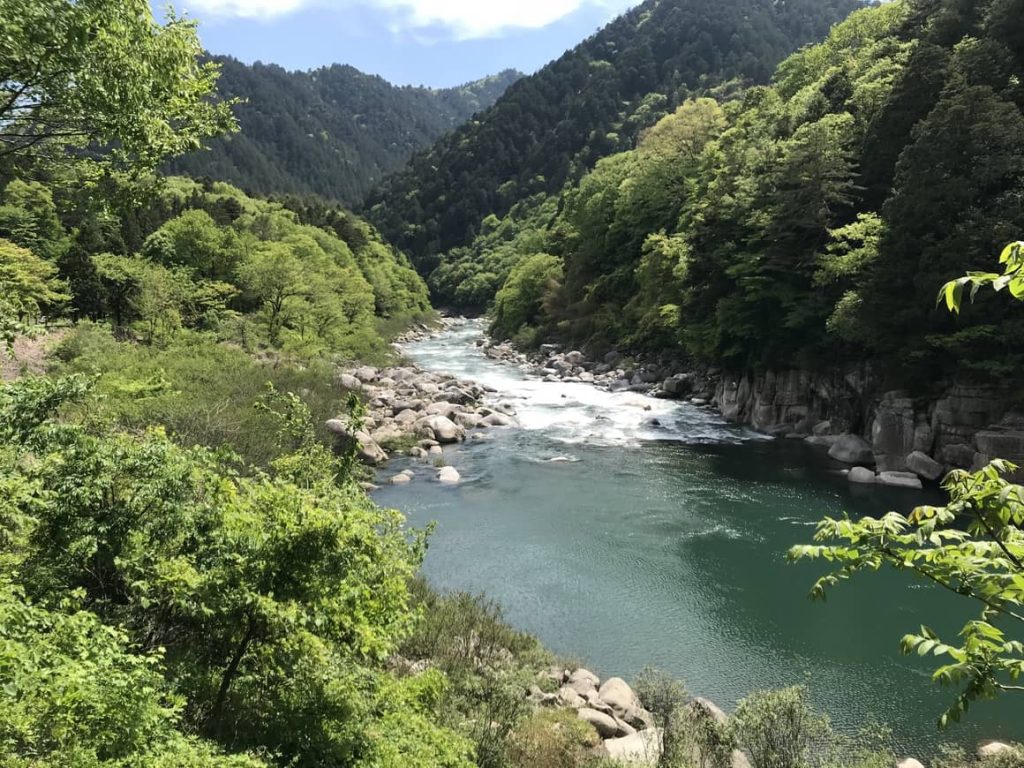 Japan is one of the most beautiful and diverse countries in the world. A backpackers dream.

10 Reasons Why You’re Going To love Backpacking In Japan 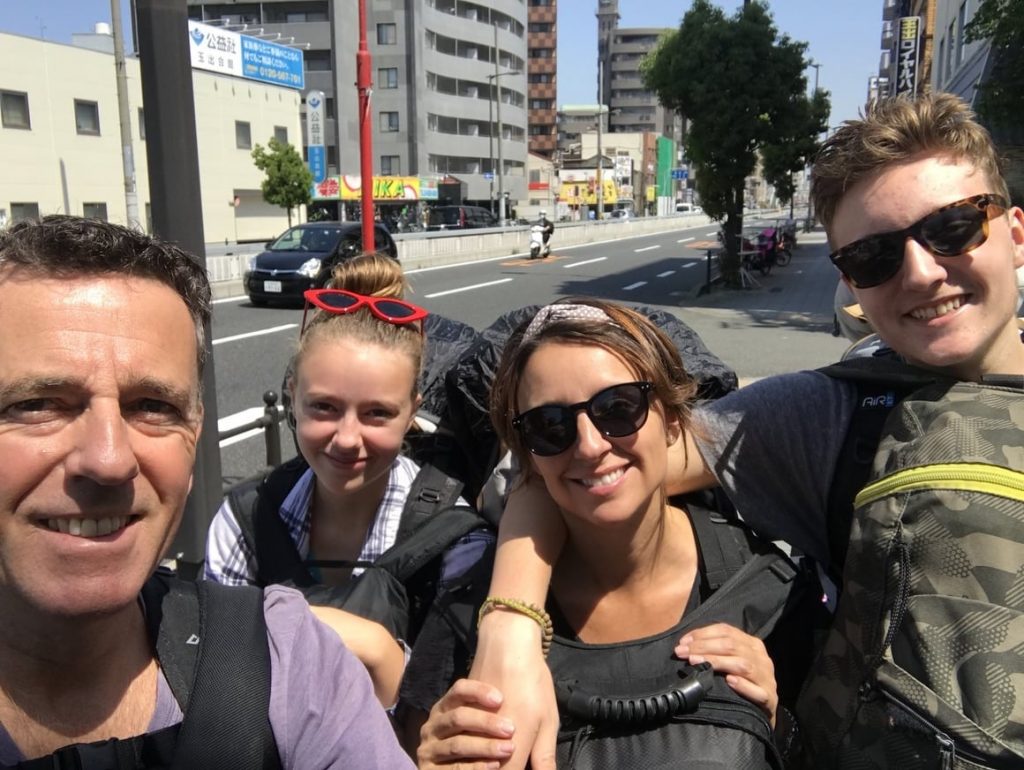 Japan is the best country for backpackers. We travelled for four weeks and never went over our budget of $80

If you know the places that you plan to visit, then I would suggest arranging your accommodation as quickly as possible. Here are some of the best that won’t hurt your wallet.

If You Would Like To Know How you Can Travel to Places Like Japan Without It costing You a Fortune Then Sign Up To Grab Our Free E-Book!

There are many hostels in Japan but be warned; the best ones fill up very quickly so book ahead.

Listen here to our PODCAST about couchsurfing as a family 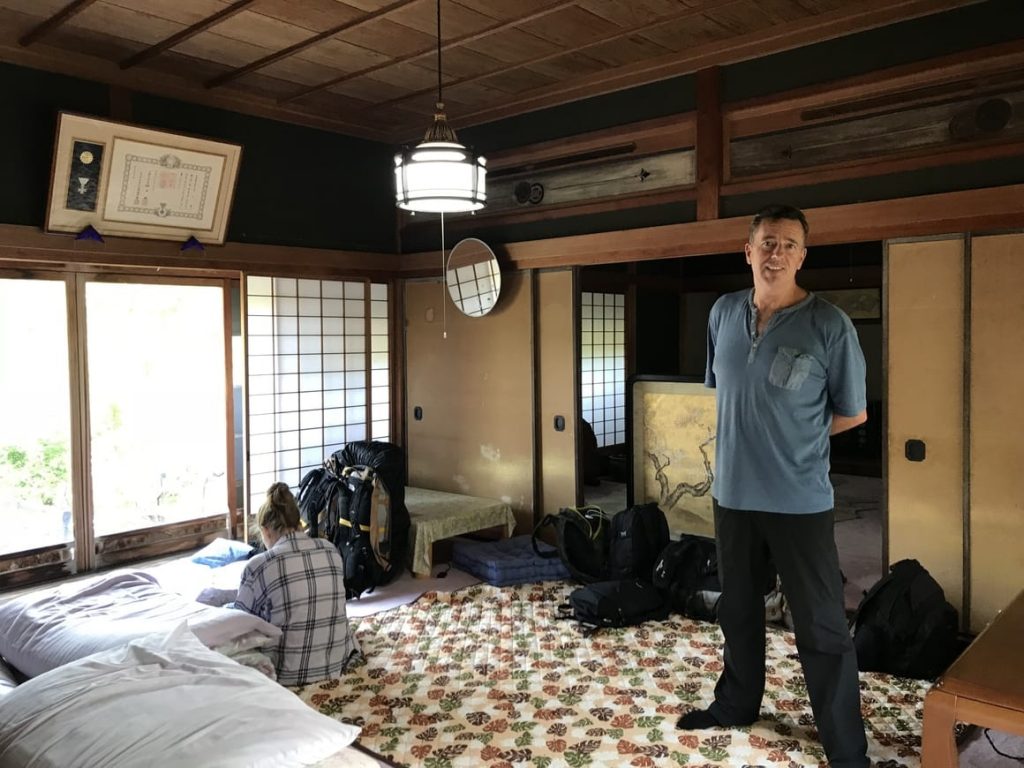 Us at a couch surfing house in Japan. A traditional homestay with a wonderful host

Pin This For Later! 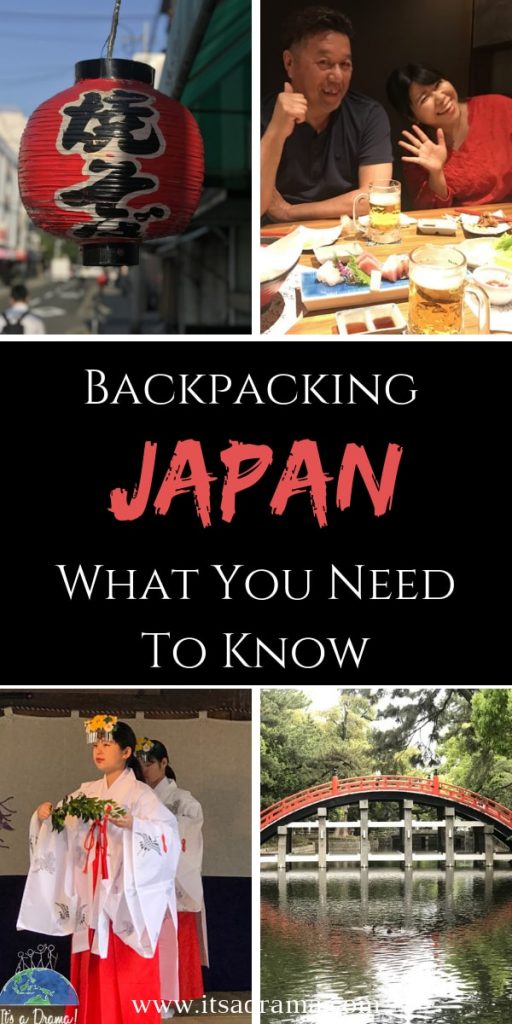 Eating In Style As A Backpacker In Japan

When we told people that we planned on spending a month in Japan, we were met with gasps of horror.  How on earth would a family of four (with two teenagers) survive on our measly budget? 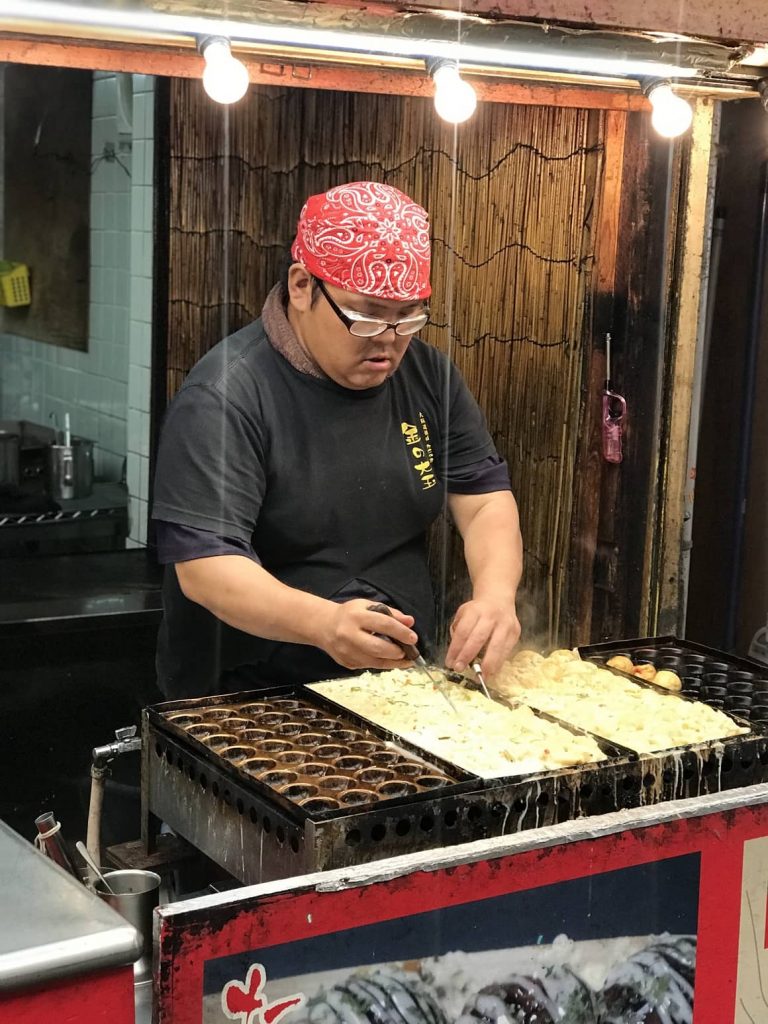 These tasty snacks were more than enough for lunch and at not much more than a few dollars are a backpackers dream! 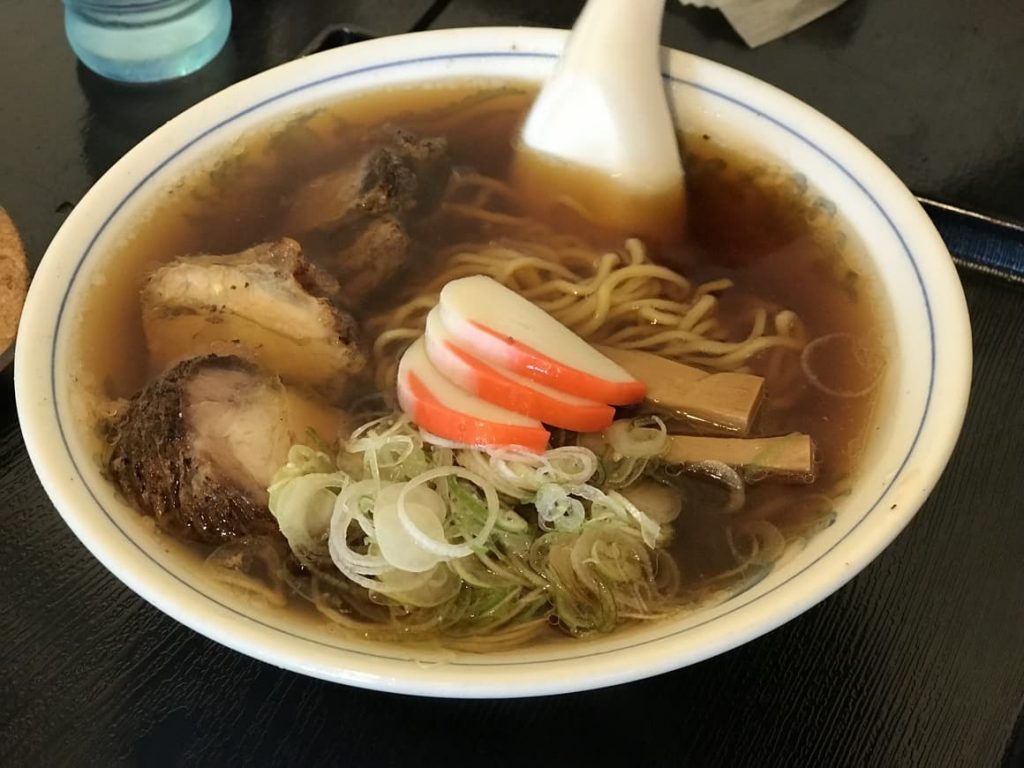 Who wouldn’t want to eat this every night?! Depending on whereabouts in the country you are you can feast on a bowl of ramen noodles for as little as $10

You can’t go to Japan and not experience the sushi, and just because you are backpacking it doesn’t mean that you won’t be able to afford to eat it! 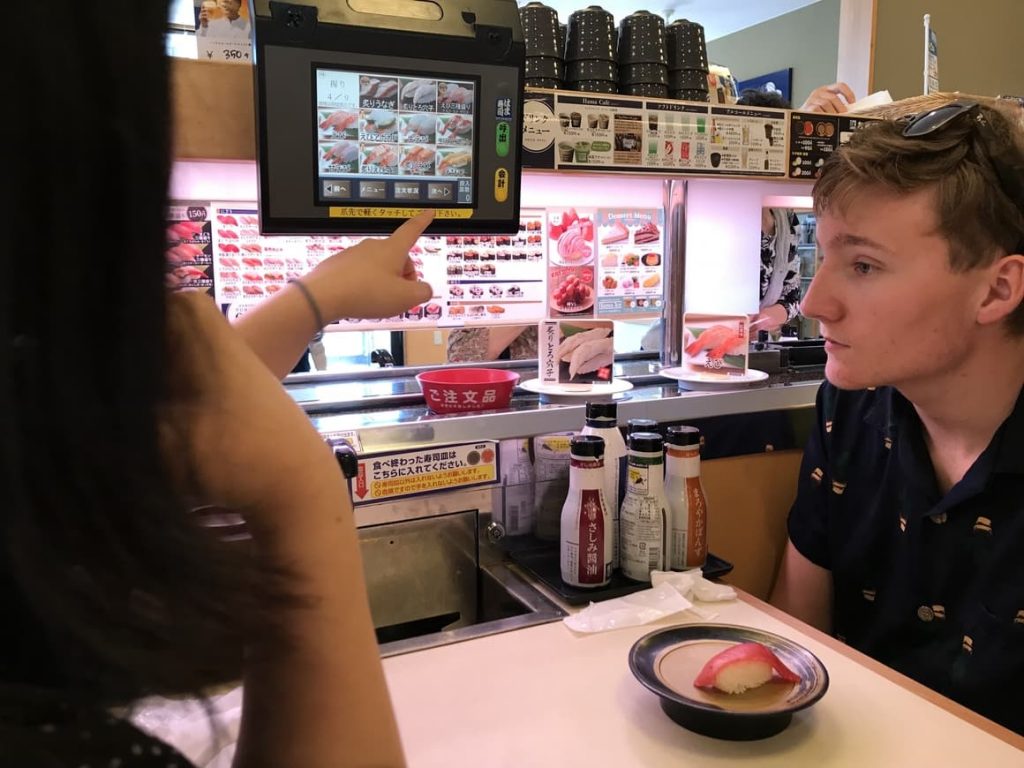 Pick what you would like to order from the TV screen and then wait for your delicious sushi to come around on the conveyor belt! Perfect for those on a backpackers budget too!

While it’s true that transport was where most of our budget was spent, it was worth every penny.

The bullet train is something of a one-off, and so we were intent on riding it. Lucky for you though, there are many options for transporting yourself around Japan 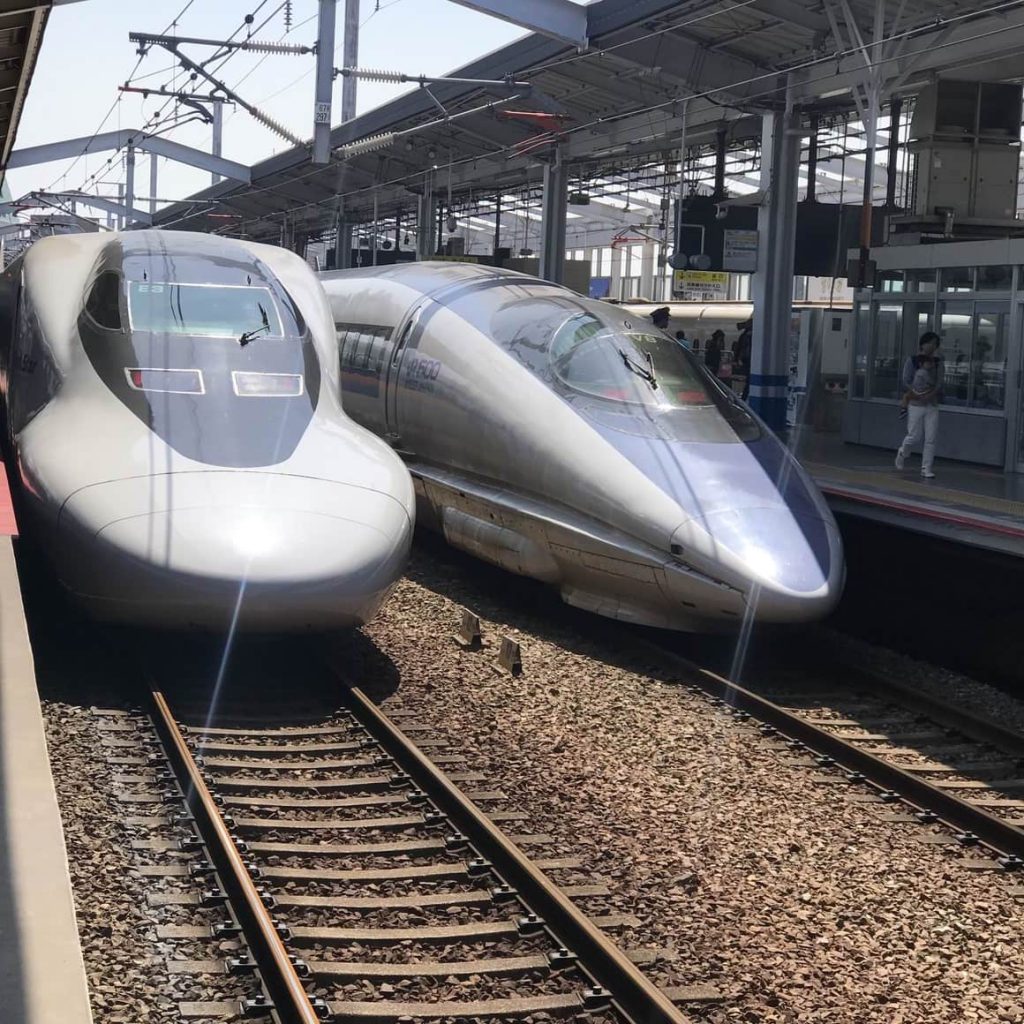 Travelling on a Japanese train is a once in a lifetime experience but if you are on a strict backpacking budget then leave it until next time.

Check Out Our Video (and you’ll see what a Japanese Bus is like!) 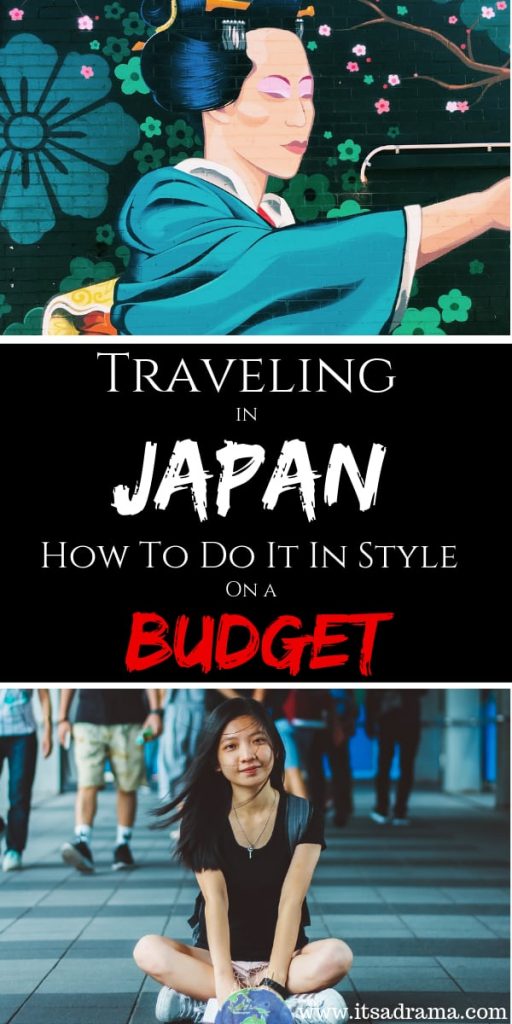 Activities On A Backpackers Budget

You are going to love exploring Japan. There are a wealth of museums, gardens, beaches and parks that are either free or else very budget-friendly, all fantastic and cheap, perfect for the backpacker!

I’m not great at social media so if you would like to follow our travels and keep in touch by way of a private newsletter then drop me your name below. I send out emails roughly every week 🙂

As a little bonus tip, I want to share with you the things that people worried me with when I told them I was taking two kids to Japan.

Japan. Why I’m in love with your toilets

How people afford to travel the world on a regular wage

Leaving everything behind for a year and traveling the world

The perfect pants for a long flight. 12 of the best

I hope you have enjoyed this backpacking in Japan guide and it has given you everything you need to go off and have your adventure! If there is anything more you would like to know then please drop me a comment or email me!