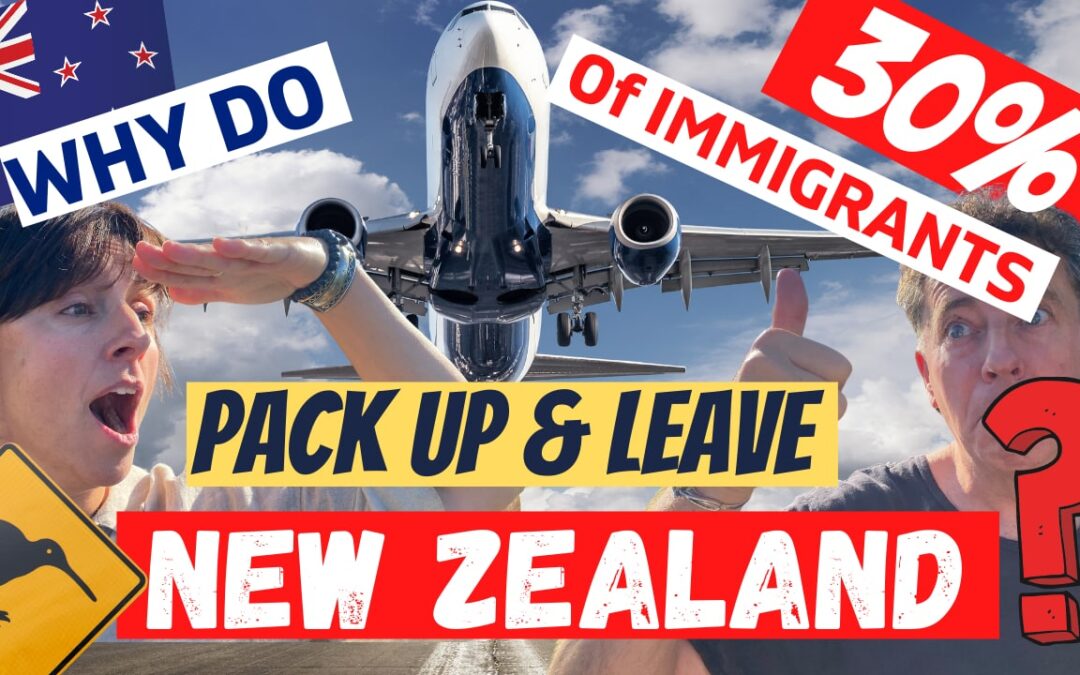 Living in New Zealand. Why (Some) Immigrants Can’t Settle

We have been living in New Zealand for twelve years.

We arrived from the UK where we had a comfortable home, my husband was on a good wage and both of my kids were at school.

Within a year of moving to New Zealand, we were living in a rented house and my husband was on half the wage.

Did I want to go home? At times, yes. But we were so determined to make New Zealand work that we did everything in our power to make it happen.

END_OF_DOCUMENT_TOKEN_TO_BE_REPLACED 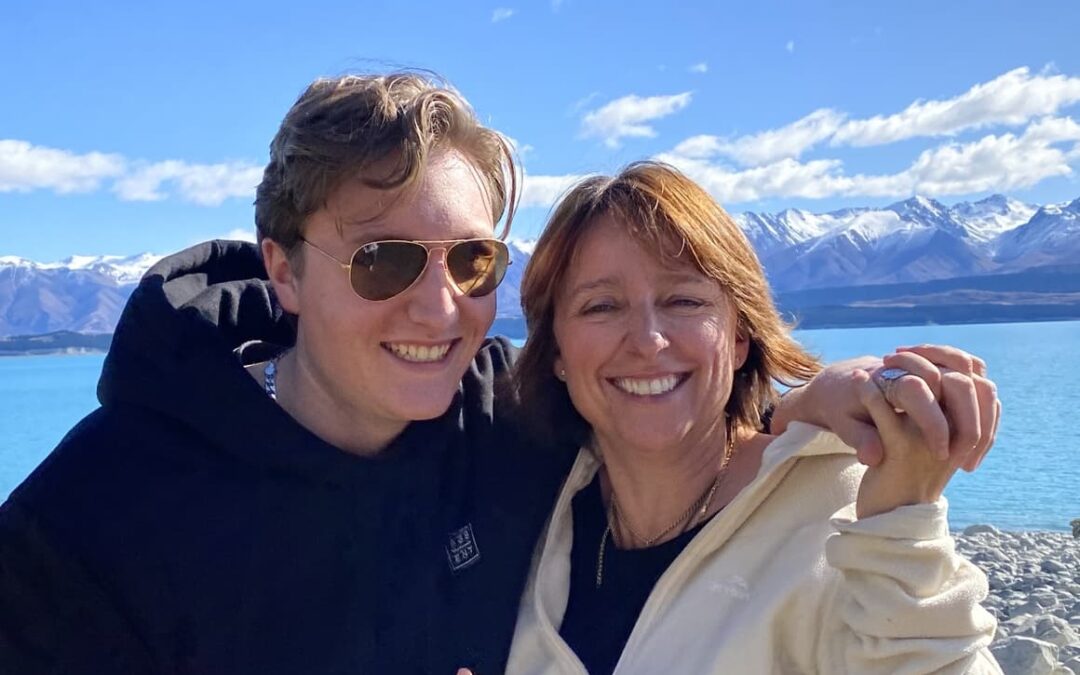 When Your Child Leaves Home (& You Fall Apart)

My son is leaving home.

In two weeks time my boy, my firstborn, Sonny, who I adore more than life itself is leaving our home and going to live in a flat with two other guys.

To say that I am heartbroken is an understatement.

Every day, for the past two weeks I have woken up with a tight clenching knotty feeling in my stomach. It’s hideous. Like a Rotweiller that refuses to let go.

I get out of bed and go into the bathroom and I sit on the loo and cry my eyes out quietly.

I don’t know if this is normal. This reaction. Probably not. This has never happened to me before so I don’t know. All I do know is I wasn’t expecting to feel like this.

I have never understood the term ’empty nest syndrome’.  Not until now, at least.

I used to look at other mothers who still have their kids at home past the age of twenty and think they were a bit weird. That kid needs to move out. Cut the apron strings.

But now it’s happening to me and I feel as though my world is falling apart.

He’s not even going far. Only into town. He’ll be right there. But I don’t care. He’s leaving.

And yes, I hear you, Tessa, when you tell me that he will probably be home again in two months.

And thank you, my sweet girl, you are mature past your years.

But right now I can only see today and I am terrified of being without my entire family unit. It has always been us four. Always. I can’t bear it.

Two weeks of feeling like this. But you didn’t know, did you?

Of course, you never knew. Because I didn’t tell you.

You may have seen me on TikTok or on Facebook. You may have read my chatty emails. And you didn’t know that these past 14 days I have been putting on a big fake front to hide the fact that my heart is breaking in two and all I want to do is take my family and run far, far away.

“He had to go some time. They can’t stay forever. You wait until he’s been gone a week, He’ll soon realise which side his bread was buttered”.

I probably won’t publish this post, this string of jumbled words that I am typing rapidly on my keyboard with tears streaming down my face.

But if I do, it will be for one reason only.

Because I want you to know that the person who smiles or waves at you from across the street, or sends you a happy emoji on Facebook? That person who cut you up at the roundabout or ignored your friend request? They’re probably going through shit.

They probably woke up crying.

They probably sat on the loo at eight o’clock in the morning and wished it was bedtime.

They’re probably going through a huge change and adjustment. Feeling like their world is ending.

So please remember. We are all the same.

It happens to us all. Noone is immune to sadness. It’s shitty and it hurts and it’s horrible to go through. Let’s always strive to be kind. 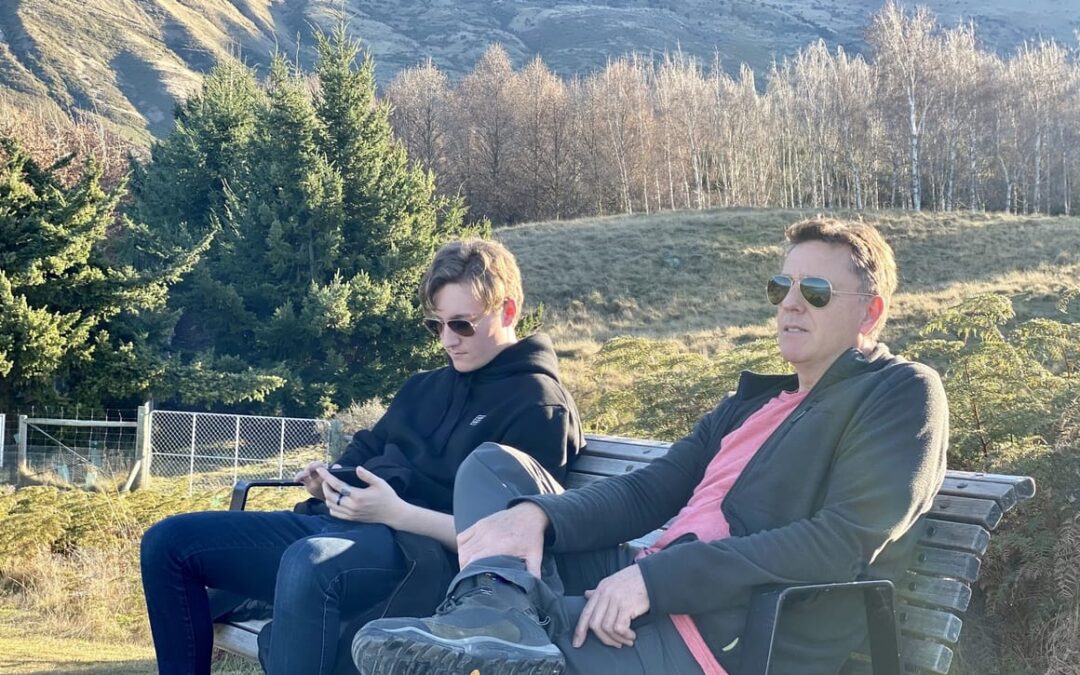 I‘m not entirely sure how long the term unplugging has been a thing.

It used to be (back in the day) that if you were told you to unplug it was because your parents were trying to save money on the leckie bill.

Someone once told my dad that if you unplugged the toaster, you’d save 5p on every bill.

But nowadays, the term unplugging comes with a whole new meaning.

Unplugging in 2020 means getting off the internet, stop watching so much telly and telling your son to look up from his phone so that his neck doesn’t develop a permanent hump.

Listen to our podcast episode on Unplugging: 7 Simple Ways To Snatch Back (Precious) Time by clicking the link below!

END_OF_DOCUMENT_TOKEN_TO_BE_REPLACED 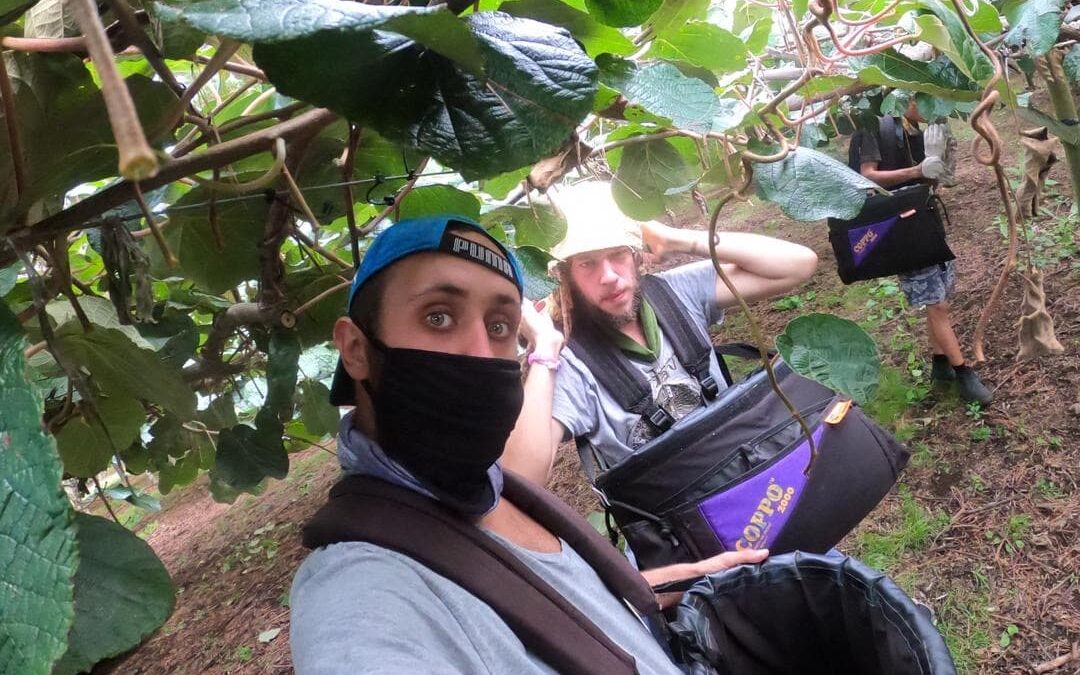 Working For A Year In New Zealand

If you have always dreamt of living in New Zealand, are under 30 years old and have a bit of dosh saved up (enough to get you back to your own country) you can spend a year working in New Zealand by getting yourself a year-long working Visa.

That way you can see how you like it.

This weeks podcast episode features Adam, a twenty-something chappy from the UK is doing just that.

After being persuaded by his mate to leave Thailand and come to New Zealand to work on a fairground, he got himself a year-long working visa and headed down under.

END_OF_DOCUMENT_TOKEN_TO_BE_REPLACED 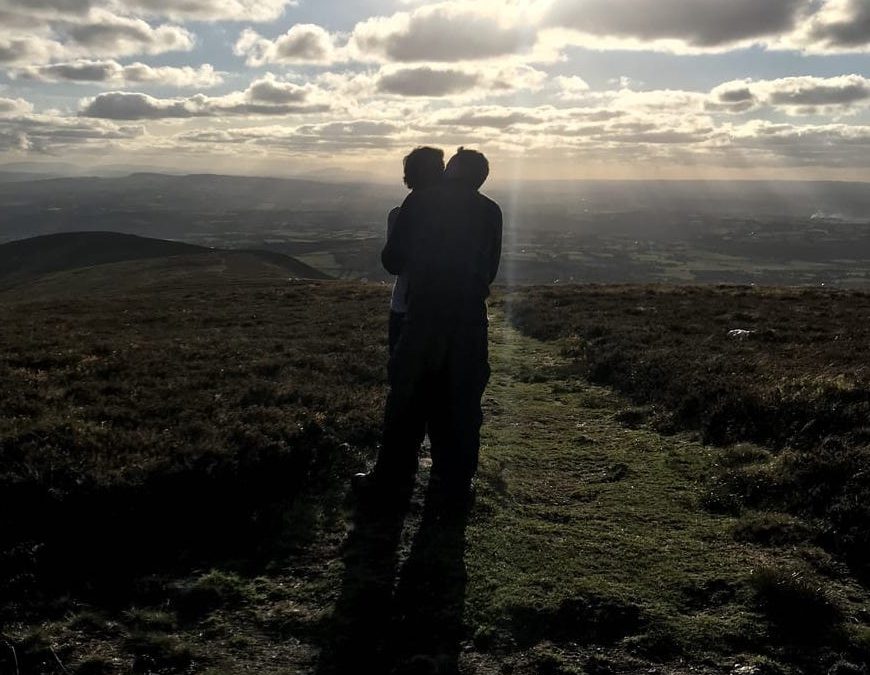 The Difference Between Me & My Husband.

They say opposites attract.  I met my husband when I was 17. I turned forty-seven this year. Thirty years of opposite behaviour and still he hasn’t told me to sling my hook. 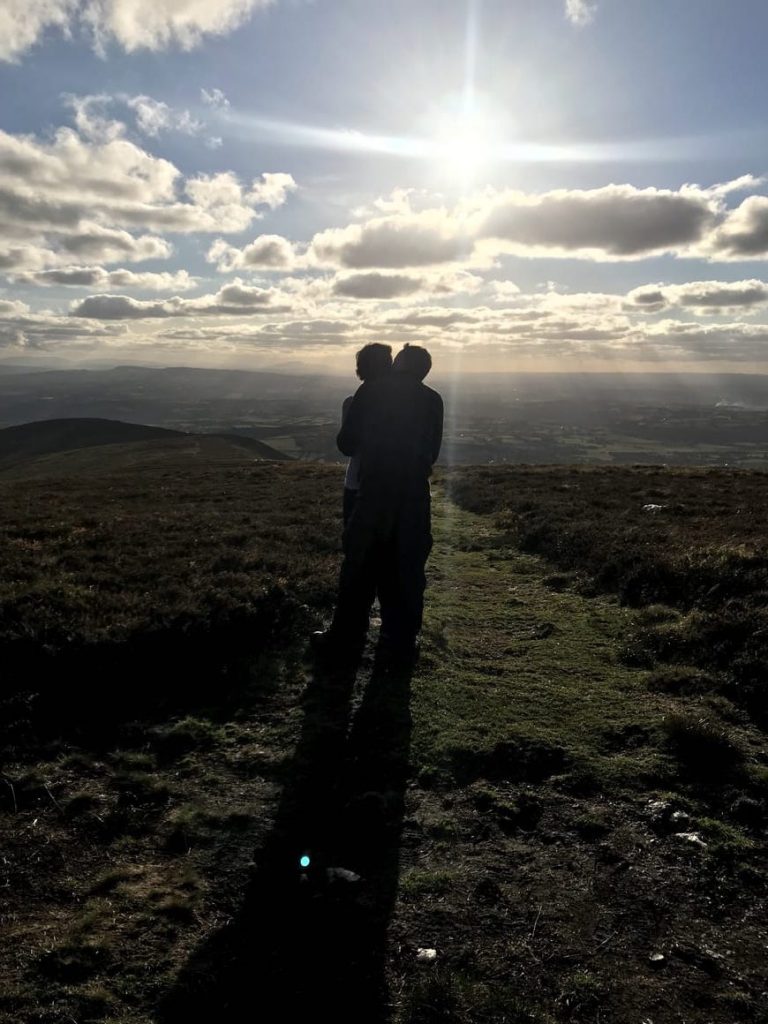 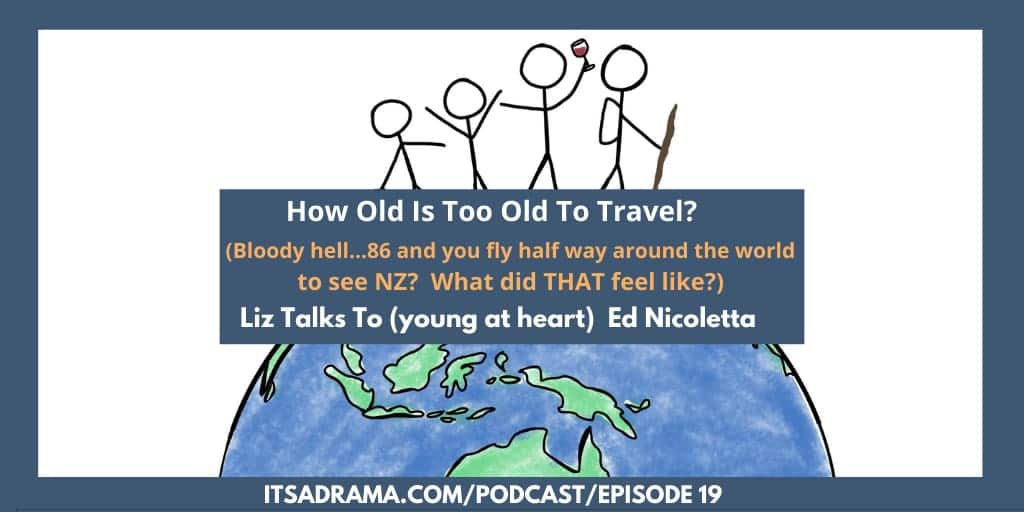 How Old Is Too Old To Travel? Travel PODCAST #19

How old is too old to travel?

You know how when you get to a certain age, and you suddenly start ‘playing on it?’

“Ohh… I couldn’t possibly take the bins out – I’m far too old for that.”

“Don’t ask me to hold the dog down while you cut her toenails – I’m getting on a bit. I can’t kneel for long.”

Well, this weeks guest made me feel like a right old fake.

He put me in my place and showed me that you are as old as you feel.