Living In New Zealand. 20 Useful Tips To Stop You Looking Like A Muppet

The New Zealand slang, the customs, cost of living, the fact that you don’t moan about the weather and last but not least not turning your nose up to theNew Zealand food.

New Zealand. A Few Facts To Know Before You Live Here

New Zealand, can be found hiding in the southwestern Pacific Ocean. Keeping itself out of trouble.

It is made up of two islands – The North and South both of which have a combined population of 4.8 million people and approximately 29 million sheep.

Approximately 11 hours by plane from southeast Asia, 12 hours from North and South America and 24 hours from Europe, New Zealand is a bloody long way from anywhere.

(Except for Australia and even they are 2,500 miles away and pretend not to like us).

Raising my kids in New Zealand was the best decision we ever made. It really was.

Yes, like every country New Zealand it has its pros and cons, but on the whole, I think you’ll find it divine.

(After you have learned a few dos and don’ts and have prepared yourself for the things that you’ll miss if you ever make the move to New Zealand ). 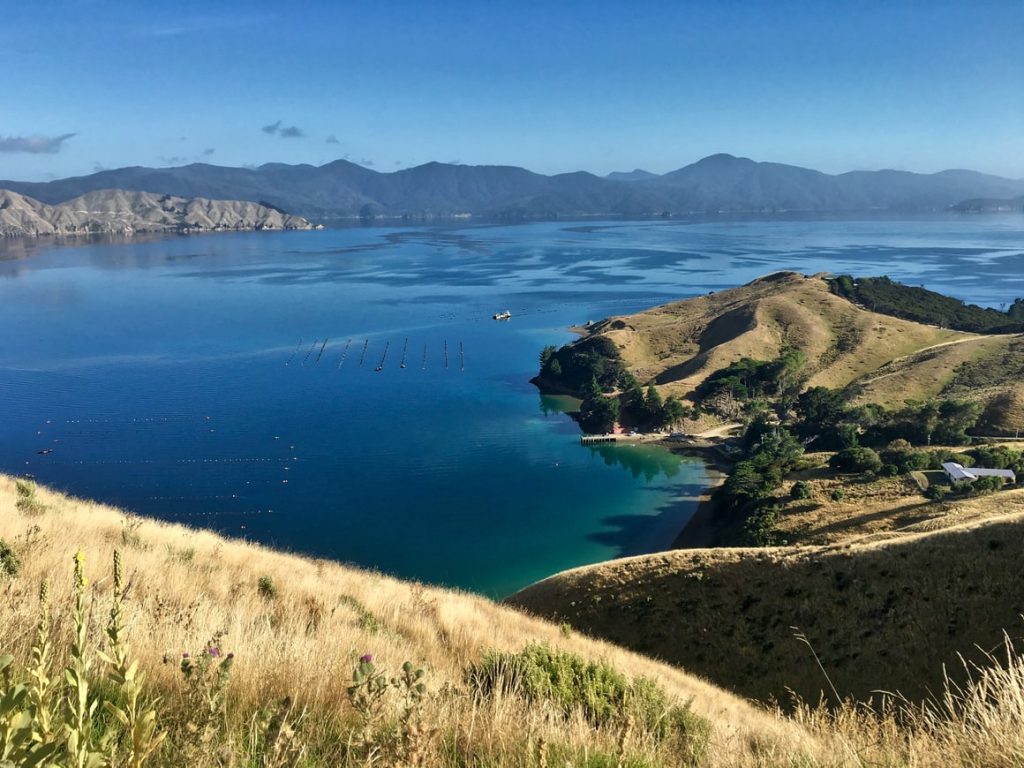 I love the way the blues of the sea and of the sky are never the same colour. Waitata Bay, New Zealand.

Why Not Listen To Our Podcast on Living in New Zealand While You Read!

Living in New Zealand. 21 Ways To Avoid Looking Like a Muppet).

It’s easy to think that because New Zealand is an English speaking country (hmm… a little more on the New Zealand slang words later in the post) you will simply turn up and carry on like normal.

There are certain things you need to know about life in New Zealand.  Here’s a few of them:

When in New Zealand…

3.  If you are from Britain, don’t be offended if you get called Pom

4.  Don’t fret if you forget your shoes

Related Posts That You Will Enjoy!

Moving to New Zealand. What You’ll Miss (especially if you’re from the US)

On a budget in New Zealand? Two hot pools. One very cheap and the other FREE!

Taranaki, New Zealand. The second best region in the world to live

Christmas on the beach in NZ or in the snow in America?

Snobby Britain. The real reason we emigrated to New Zealand

5.  Don’t say you can’t tell the difference between a New Zealand accent and an Australian one

6.  Don’t ask for a latte coffee ask for a flat white 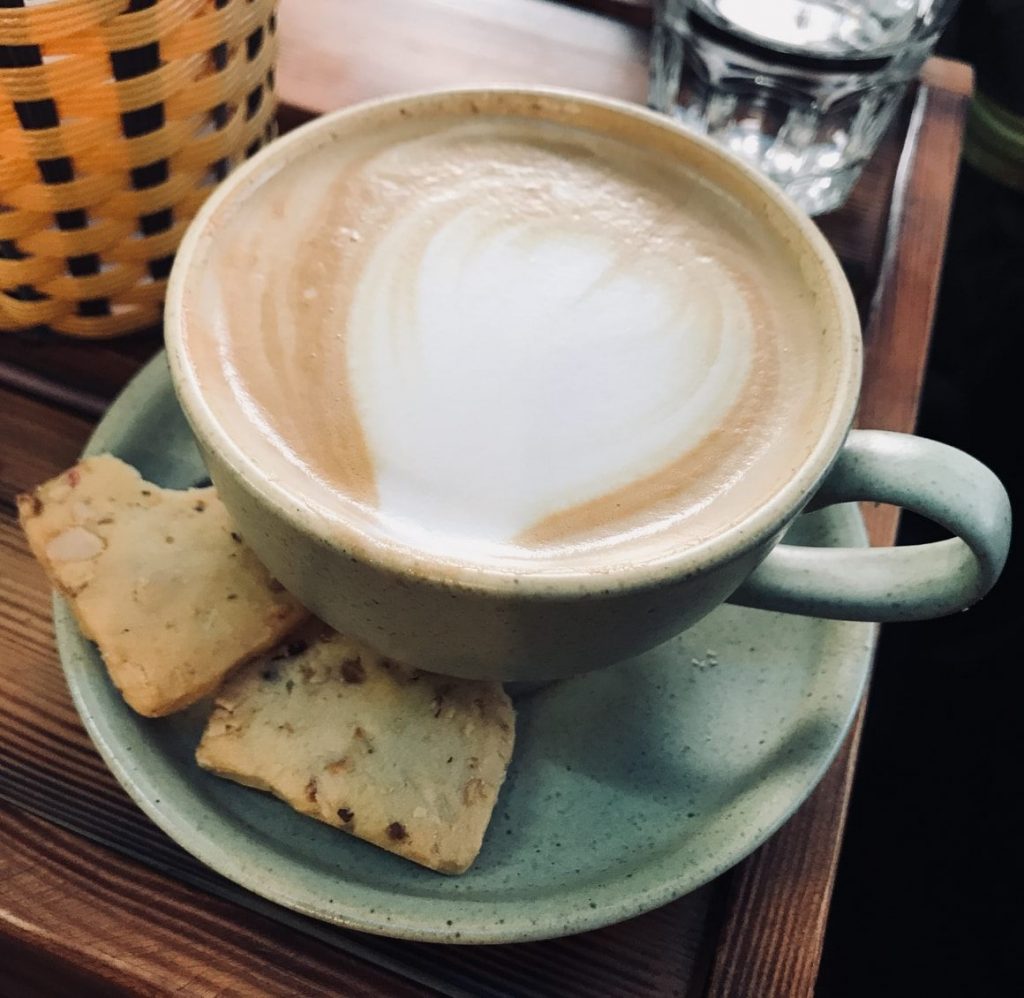 7.  Don’t ignore the local lingo in New Zealand (here is a speed lesson to help you out) 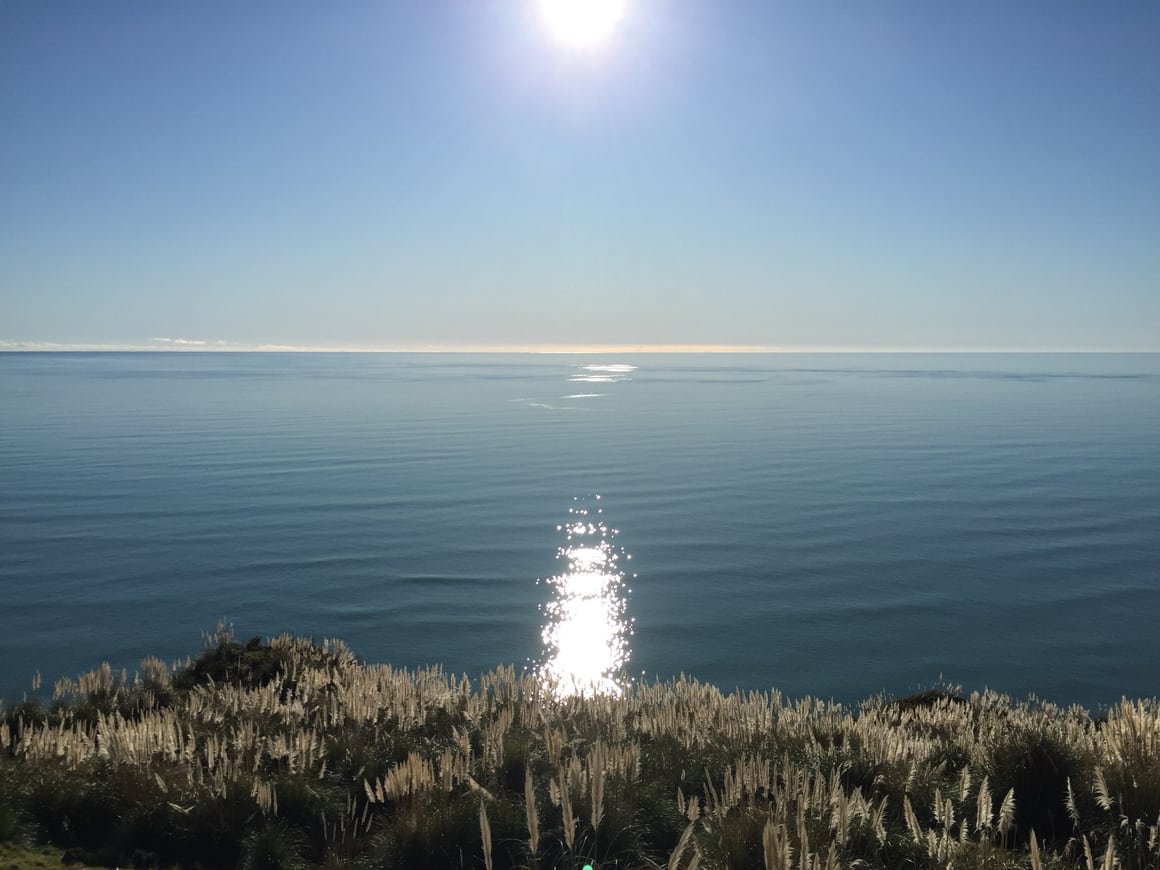 Ready for your speed lesson on what not to say?

The New Zealand slang takes a little getting used to but don’t worry, you’ll crack it soon enough!  Until then, know that you don’t say… 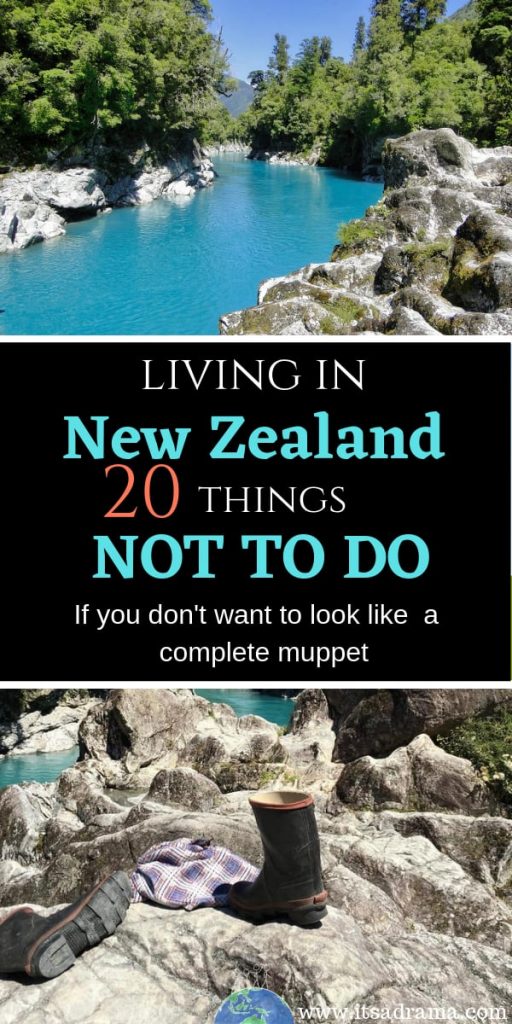 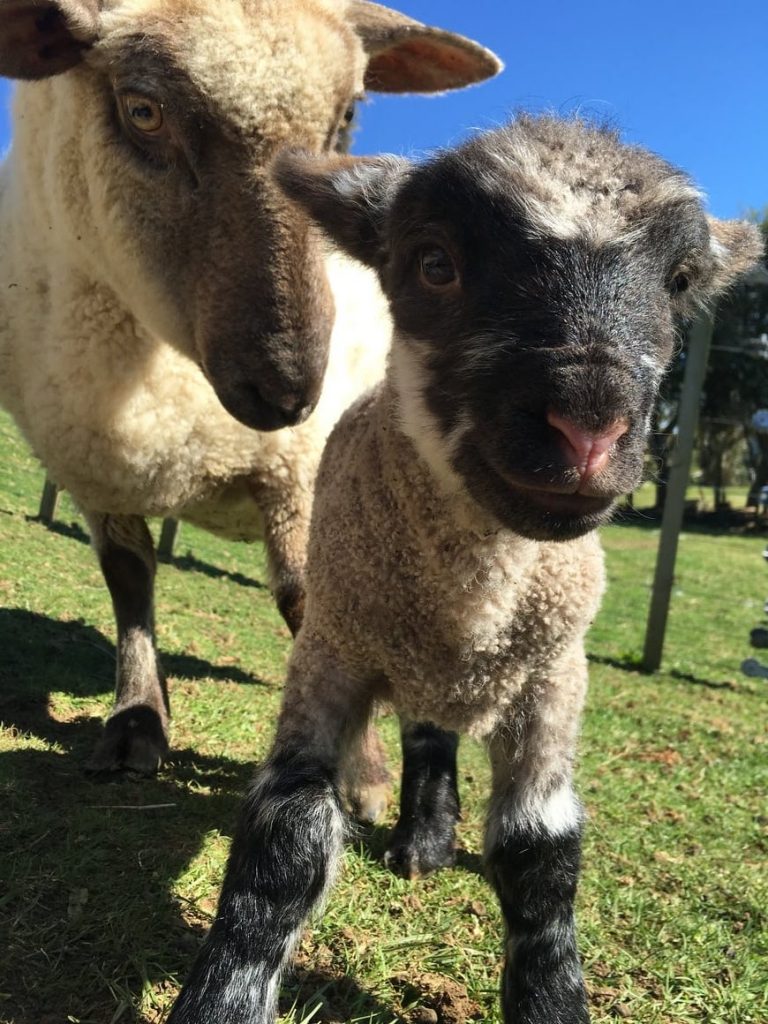 18.  Don’t ask for salt and vinegar on your fish and chips

Want to see more of Taranaki, New Zealand? Check out our video!

19.  Don’t forget that in New Zealand we drive on the left

20.  Don’t ignore the possibility of Housesitting!

Depending on what time of year you visit New Zealand, accommodation can be pricey (or buy. or both).

If you are on a budget and coming to New Zealand then do NOT overlook the possibility of Housesitting!

I can not speak highly enough about Housesitting. It is the best thing in the world if you want to travel more, experience lots and spend less (and New Zealand always has loads of housesitting opportunities!)

Click here to see all current Housesits in New Zealand.

It costs a small fee to sign up for a year and twice a day you will be sent through a list of available places around the world including New Zealand.

I have enclosed a screenshot that I received this morning and you can click here to see all the current house sits in New Zealand. 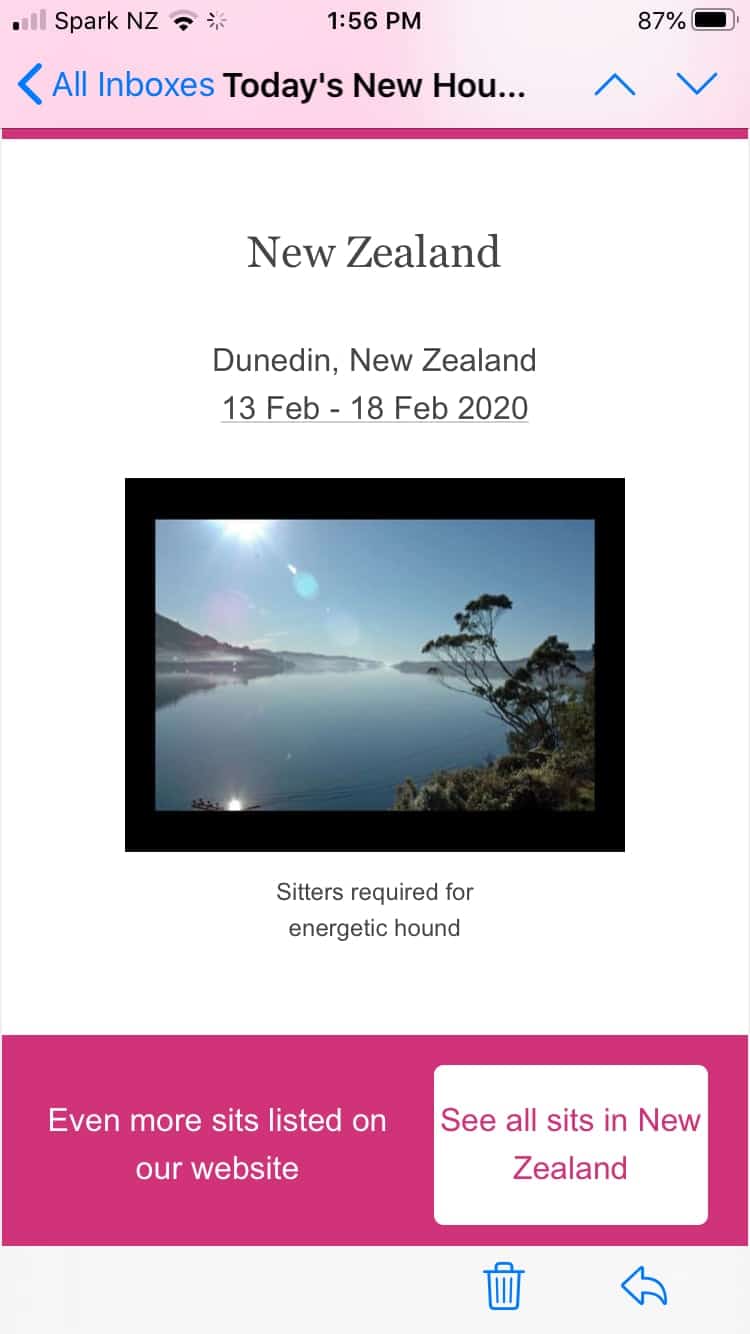 If you are travelling to New Zealand and want to keep the cost down and the experience up then consider Housesitting!

21.  And finally…Don’t forget to enjoy yourself!

So if you are thinking of living in New Zealand, or if you were wondering what life in this little country is like, then hopefully you are a bit wiser. Come to New Zealand, you will absolutely love it – I loved it so much, I never left!  Remember, if you liked this post, PLEASE share it with your friends – they like quality content!

Raising a family in New Zealand. Is it as boring as some people say?

Cost to live in New Zealand. Just how far will your $$$ stretch?