It might be a good idea to familiarize yourself with some of the more common New Zealand slang words before making a trip down under.

After all, you don’t want to appear gormless. Especially not if you are seeing New Zealand with your kids. Not knowing your stuff would be unforgivable.

Learning a bit of the kiwi lingo and brushing up on a few facts such as how much things cost in New Zealand and which is the best time of year to visit New Zealand, will put you ahead of your game.

And that’s always a good place to be.

And just to be clear – the North Island and the South island are not joined together. This (along with a few others) is one of those ludicrous New Zealand misconceptions that just aren’t true.

By the way, if you prefer to watch a video rather than read then watch our ‘How to speak like a Kiwi’ video further down the page. It is choice. You will love it. Actual. 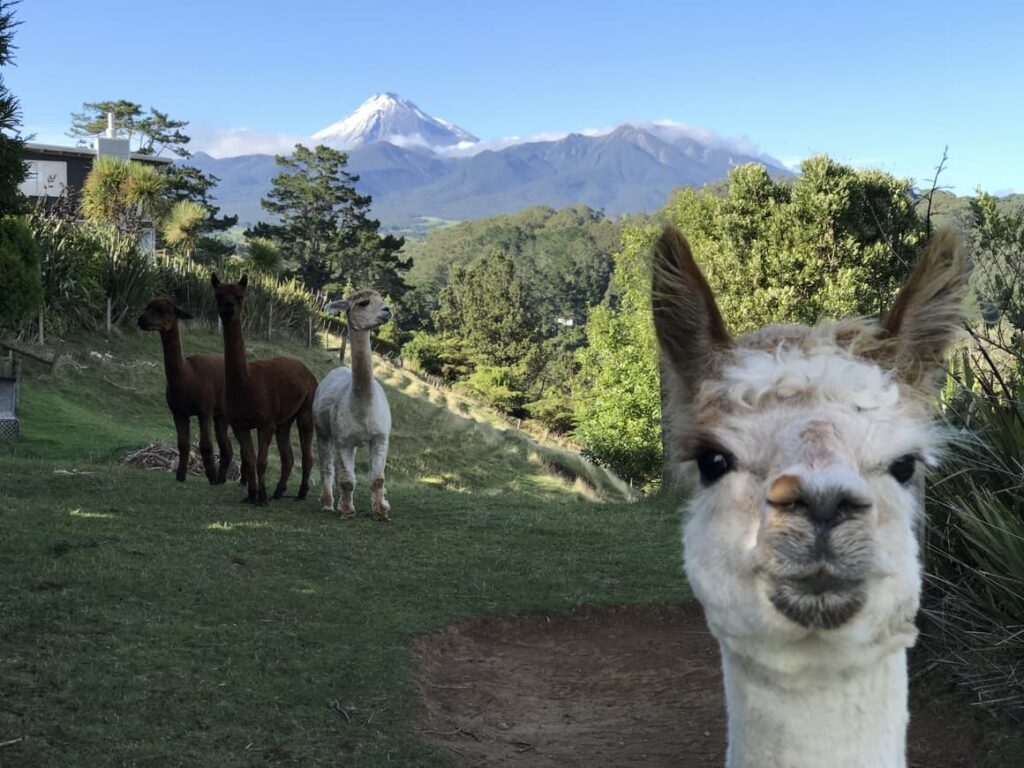 Make sure you know your chockas from your chur’s bro. 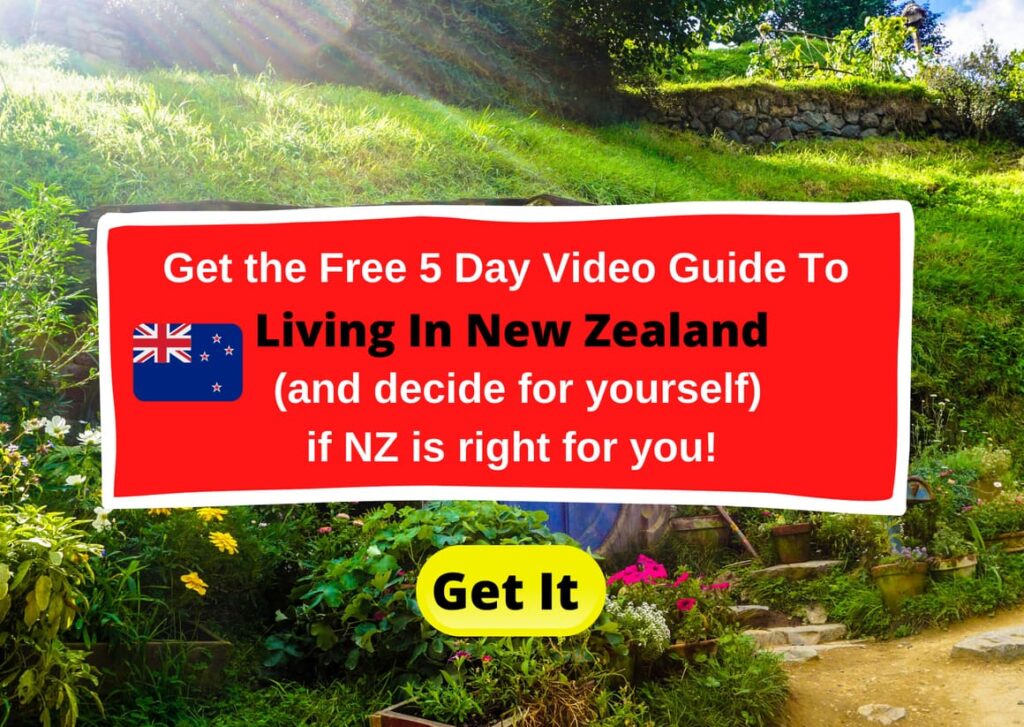 My family and I moved to New Zealand ten years ago and we are still coming to grips with some of the slang words that are casually thrown about.

New Zealand people don’t mind letting you know when you’ve stuffed up and made a complete New Zealand muppet of yourself.

It’s one of the many down to earth New Zealand traits that you will grow to love.

But, fear not New Zealand lovers, I am here to help you.

By the end of this post, you will be able to visit one of the world’s most underrated travel destinations and know your muppets from your munters and your chockas from your churs. 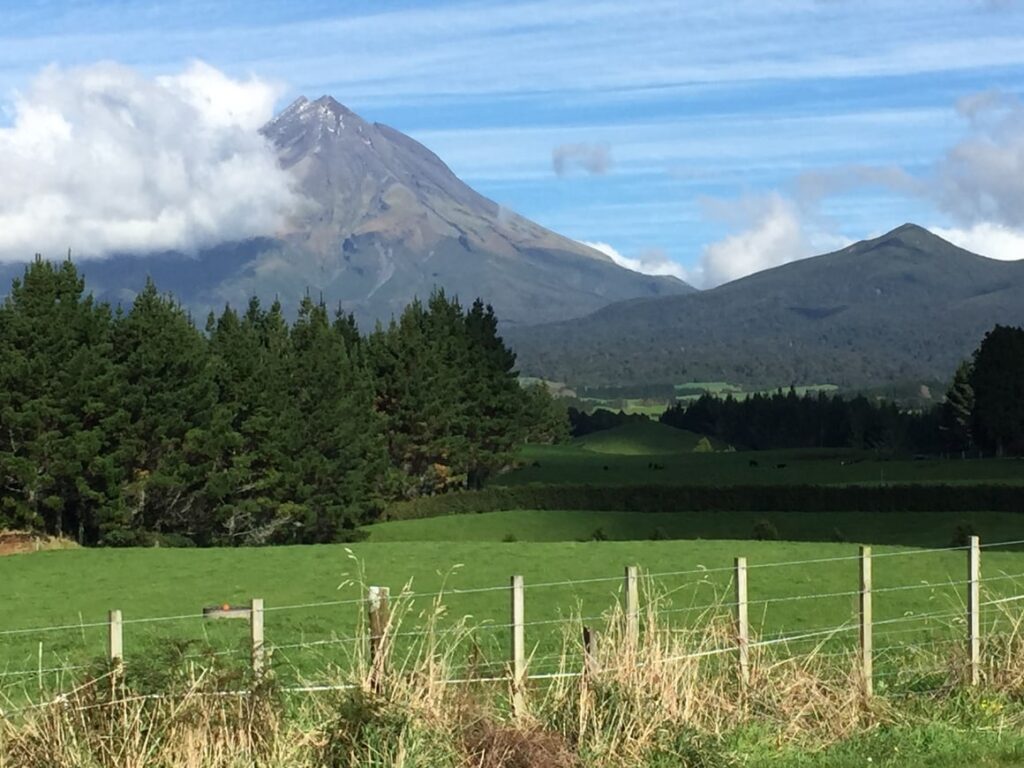 Are you ready to learn the most common New Zealand slang words?

This is a bit of a grey area word. Basically can mean, yes, cool, thanks, ok. I’m happy with what you say.

Sausages or hot dogs is a common kiwi standby on a summer BBQ. It’s never referred to as a sausage. Always Saussie. If I had to sum up New Zealand food in one word it would be…saussie.

I like this one. It means fish and chips. Actually no. Fush and Chups if we are going to be truly New Zealand.

Confusing this one – so be careful! This is the New Zealand slang saying that translates as meaning no; don’t be tricked by the yeah that part, it means they’ve thought about it but ultimately the answer is no.

‘Eh’ is used all of the time in New Zealand. I suppose it means ‘agree with me’ but to be honest just say it after everything you say and you’ll fit in nicely. *As a side note, the kiwi’s are obsessed with the weather. Don’t ask me why, I still haven’t figured it out.

Cuz is an affectionate term that refers to a friend. Very rarely an actual cousin. If someone refers to you as cuz then you know that they like you.

Similar to Cuz,  although in the last ten years I have noticed that the term Bro seems is used more and more. A bit like saying ‘hey dude’, or ‘hey mate.’

She is now living in the middle of nowhere. Think no neighbours or shops. Or people. Wop wops.

(As a side note: My husband and I recently went on a glamping experience out in the wop wops and it was terrific! dark, dark skies with only the sound of the owls for company – just bliss!) 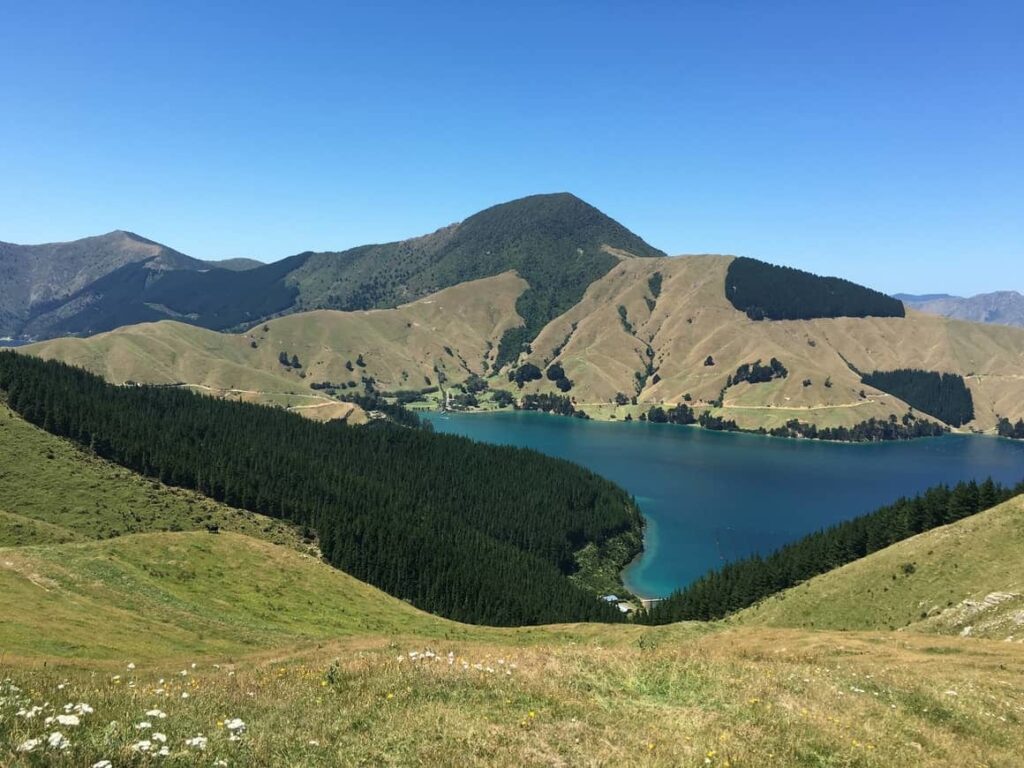 Out in the wop-wops. I wouldn’t say no, how about you?

The kiwis like the word piss. They use it a lot. In this sense, it means that building the shed was easy. Not a challenge.

Bring some beers to the party.

Staying with the piss theme… This one means you’re joking, aren’t you? Used when someone is seen to be taking advantage.

Bugger is another light-hearted swear word that all and sundry (including the kids) seem to use in New Zealand; not meant to offend though, more of a mild cuss – but never the less, it was one of the things that took me by surprise within my first year of moving to New Zealand.

Munted is another word for broken. It can also be used to refer to someone who has had too much to drink.

The kiwis use this term when they believe something will turn out well in the end.

Used when someone is disappointed about something

Keen is used to show your willingness to do something.

Referring to when something isn’t easy.

In the Uk, they are known as wellies. Wellington boots, rubber boots meant for wet and muddy weather. 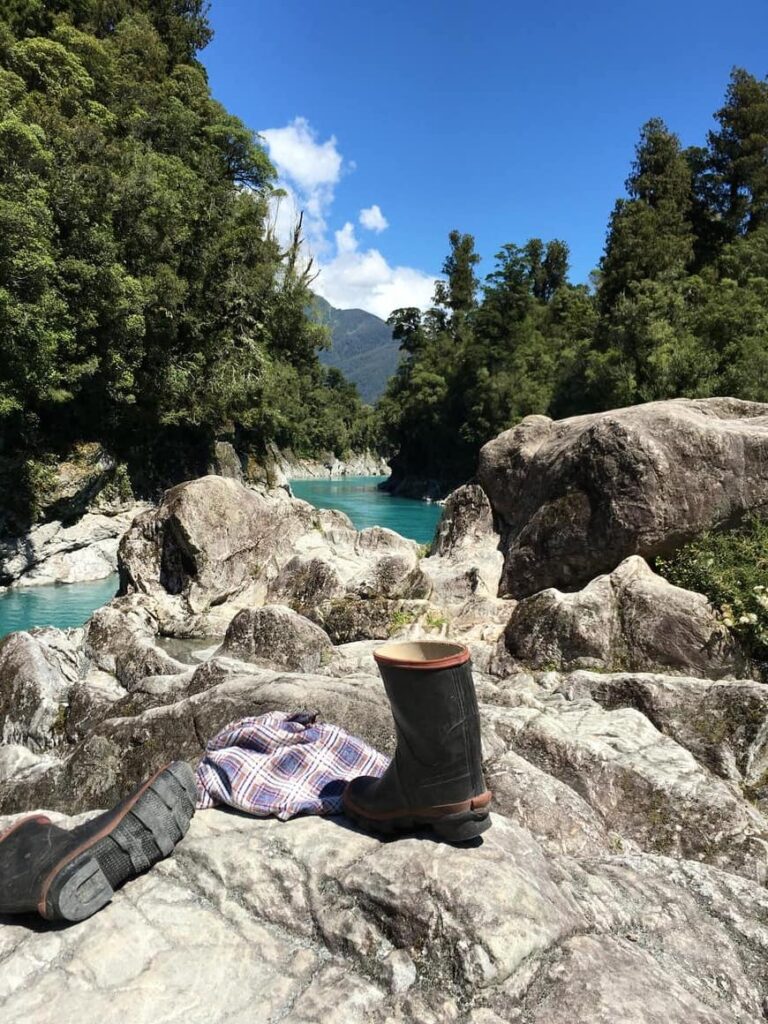 Flip flops, sandals, those summer shoes with the thing between your toes. Also a popular present to buy teenagers at time Christmas in New Zealand (it’s summer remember!)

The kiwis will never finish telling you what the sand is as hot as. It’s just as hot as something. Anything. Hungry as, thirsty as, hot as…you get the idea.

Choice is the kiwi’s way of saying something is cool, awesome, fabulous, brilliant.

Affectionate term to mean you’re a bit of an idiot! (in the nicest possible way you understand.) Kids in New Zealand like to use this one a lot.

Sweet means that it’s alright. All good (although kiwis will usually put an ‘as’ on the end of it just to be kiwi and confuse you!).

Yeah right is when someone doesn’t believe what you are saying. 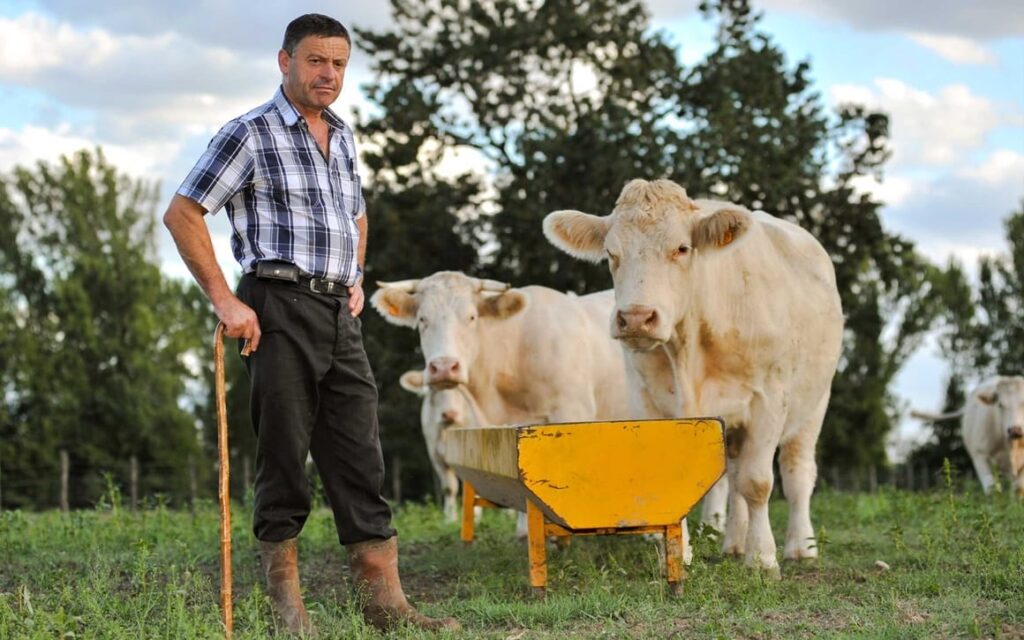 Kiwi slang words, everything you need to know to fit right in.

26: Heaps – She brought heaps of burgers for the BBQ

Heaps. You’ll hear it a lot in New Zealand and is a slang word for a lot. A great many.

Togs. bathing costume, trunks.Any attire that you can swim in.

A long drop is an outside toilet usually found in remote parts of the country where there is no flushing system. Lots od DOC campsite sites have them or if you are unlucky – a friend who lives out in the wop-wops.

It used to be all good, meaning what it says; everything is ok, I’m good with that,  but it seems that the kiwis have now changed this so that they now say all goods. At least this is what my teenage boy and his friends say.

Next, You Could Read…

What you’ll miss when you live in New Zealand. I hate to break it to you but it’s true…

Glamping in New Zealand. Harden up, yur gonna luv it.

Remember what I told you about the ‘as’ part?  Mean as simply means that it is cool. It is something awesome. The as part? I told you, I’m still trying to work it out. 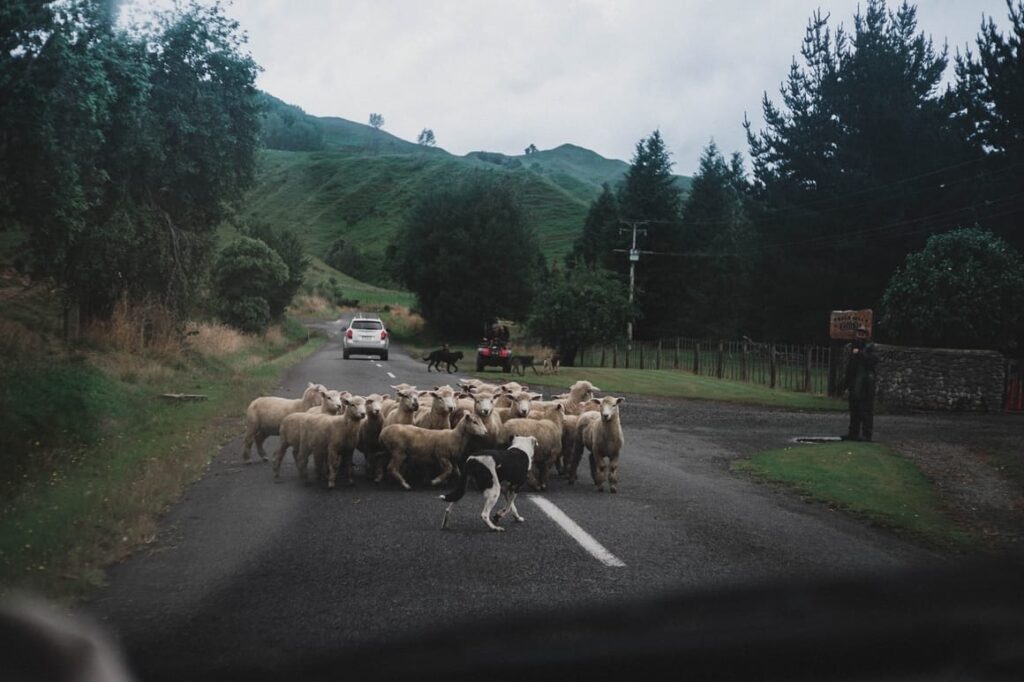 This dog is a bloody legend for rounding up them sheep

Meaning that is funny. I bet it was a good laugh to witness.

32: Hiding – “Your brother will give you a hiding if he finds you’ve eaten all his saussies”

Not what you want to hear. Means you are going to get beaten up or punched.

A kiwi slang word for hi! How are you? Know that the person asking is not necessarily waiting for your answer, it’s simply a greeting.

Meaning that you don’t feel well.

Meaning that something (or someone) is full up – I can’t eat any more saussies I’m chocka.

The polite way of saying you’re an idiot!

Usually, referring to children who are behaving like brats (although I still use it on my daughter and she’s 15)

Another word for dirty or gross.

This is another kiwi slang word that gets used in New Zealand a lot. Probably because the kiwis are so easy going.

If You Like This Post on New Zealand Slang Words You Will LOVE Our ‘How To speak Like a Kiwi (when you’re a posh British person) Video!

Or You Can Read More Related Posts!

Raising kids in New Zealand. Will they love it or be bored senseless?

Taranaki New Zealand. Why it’s the best region in the country

How much does it cost to live in New Zealand? No Bull Sh*t guide

20 Unspoken truths about New Zealand that might surprise you

Living the dream or not? What emigrating to New Zealand is really like

Christmas on the beach in New Zealand? Why it feels a bit weird

Living in New Zealand. What it’s like (by a mother and her teenage son – PODCAST) 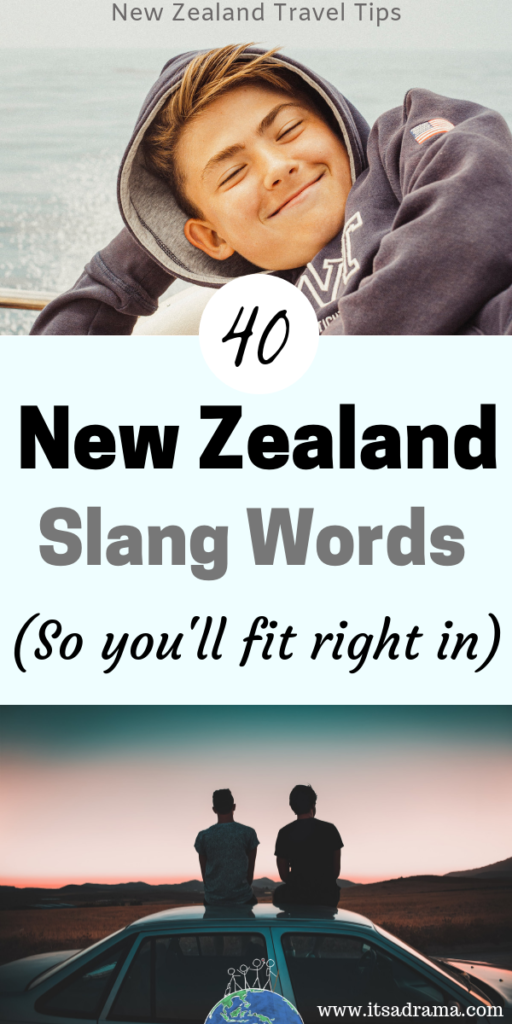 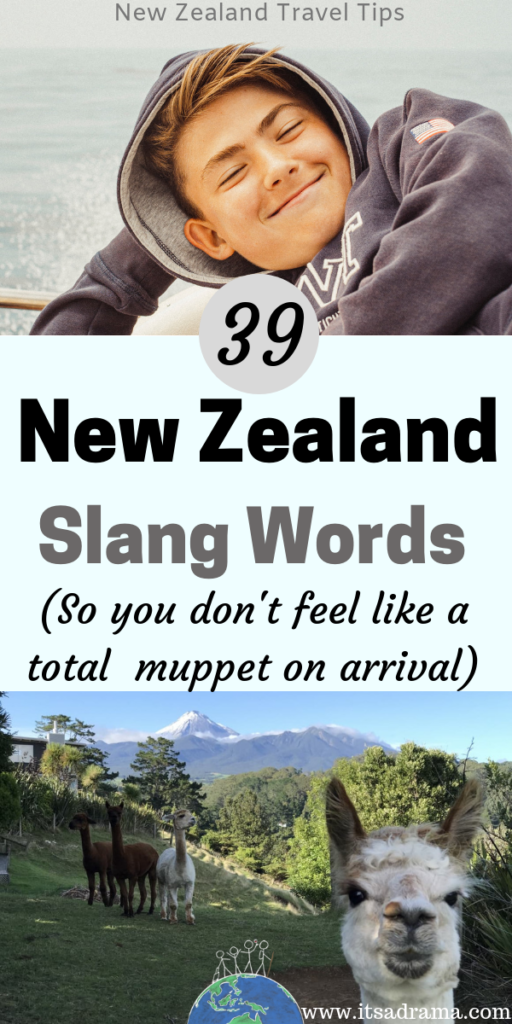 So there you go! Follow these language steps and you’ll be all goods for your next trip to New Zealand!

If you know of any other New Zealand slang words that you would like me to add then message me below in the comments!