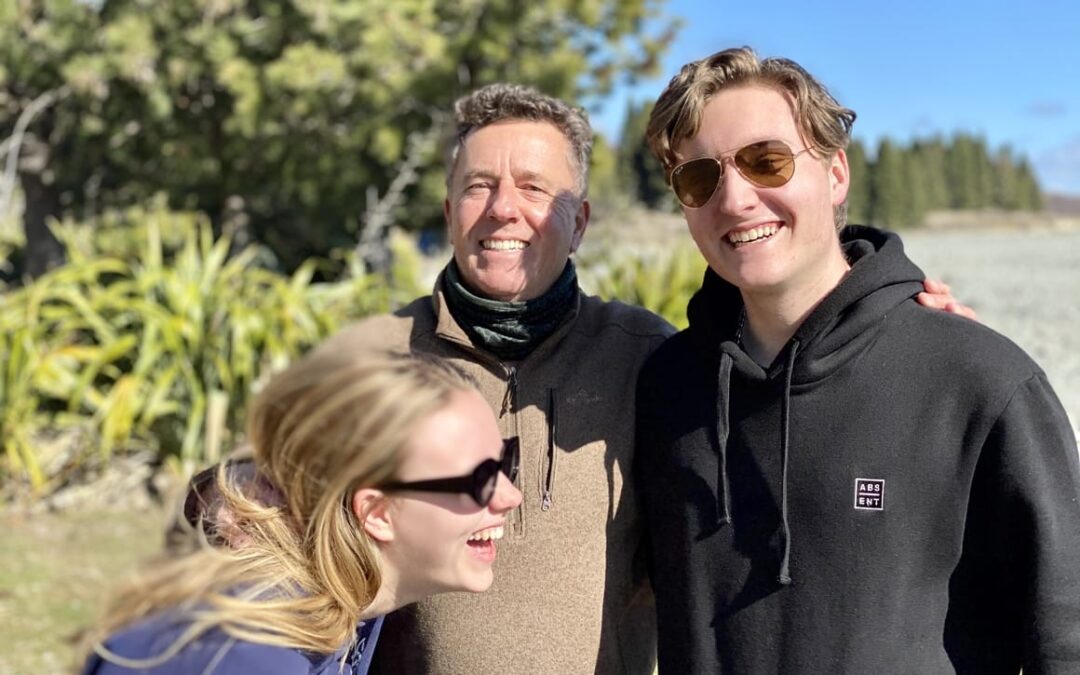 7 Things a Homeschooling Wife Needs From Her Husband (Excluding Wine)

Because it was Fathers Day, I said my husband that on this week’s podcast episode we should talk about him being a homeschooling dad. Give some tips to all the other dads, husbands or partners out there that are currently faced with being a new homeschooling parent.

And guess what he said to me?

(Bearing in mind that our kids have been homeschooled for almost ten years).

He said: How can I talk about that? How can I give other guys homeschooling tips when it was you who did everything, and I just went to work?

Why not listen to the podcast episode. 7 Things homeschool dads can do to help

END_OF_DOCUMENT_TOKEN_TO_BE_REPLACED 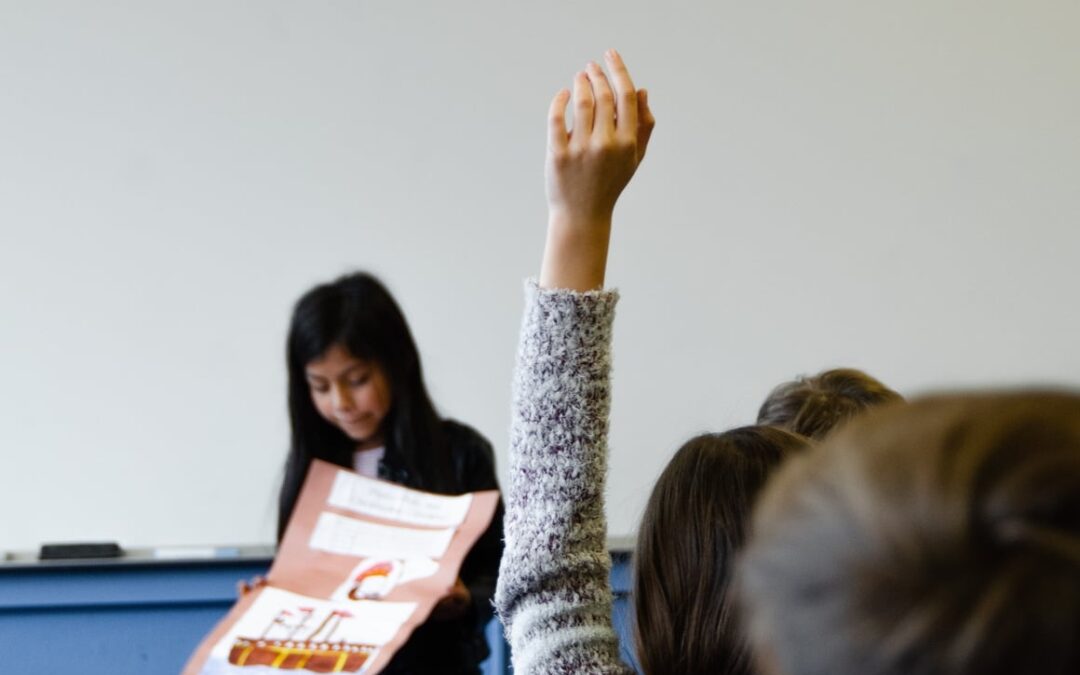 YouTube and I have one of those love-hate relationships. While Youtube is perfect for providing educational videos for kids, it can also be the reason why my housework gets put back another day.

Having homeschooled two kids for the past ten years I know how easy it is to get sucked into the YouTube spiral when trying to find the best maths channels for your kids.

It is sometimes nigh on impossible.

END_OF_DOCUMENT_TOKEN_TO_BE_REPLACED 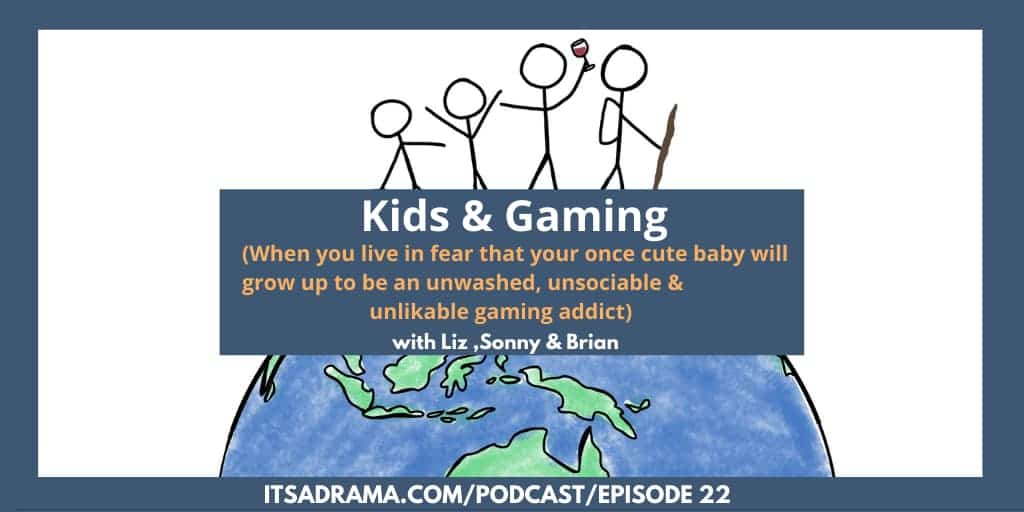 Even I, who, according to my kids is a dinosaur who knows nothing,  used to play Pacman and Space Invaders.

In a pair of roller disco boots, I might add.

So why are parents becoming more and more anxious and stressed out over the fact that their kids are spending more time on the screen and less time interacting with the people around them? 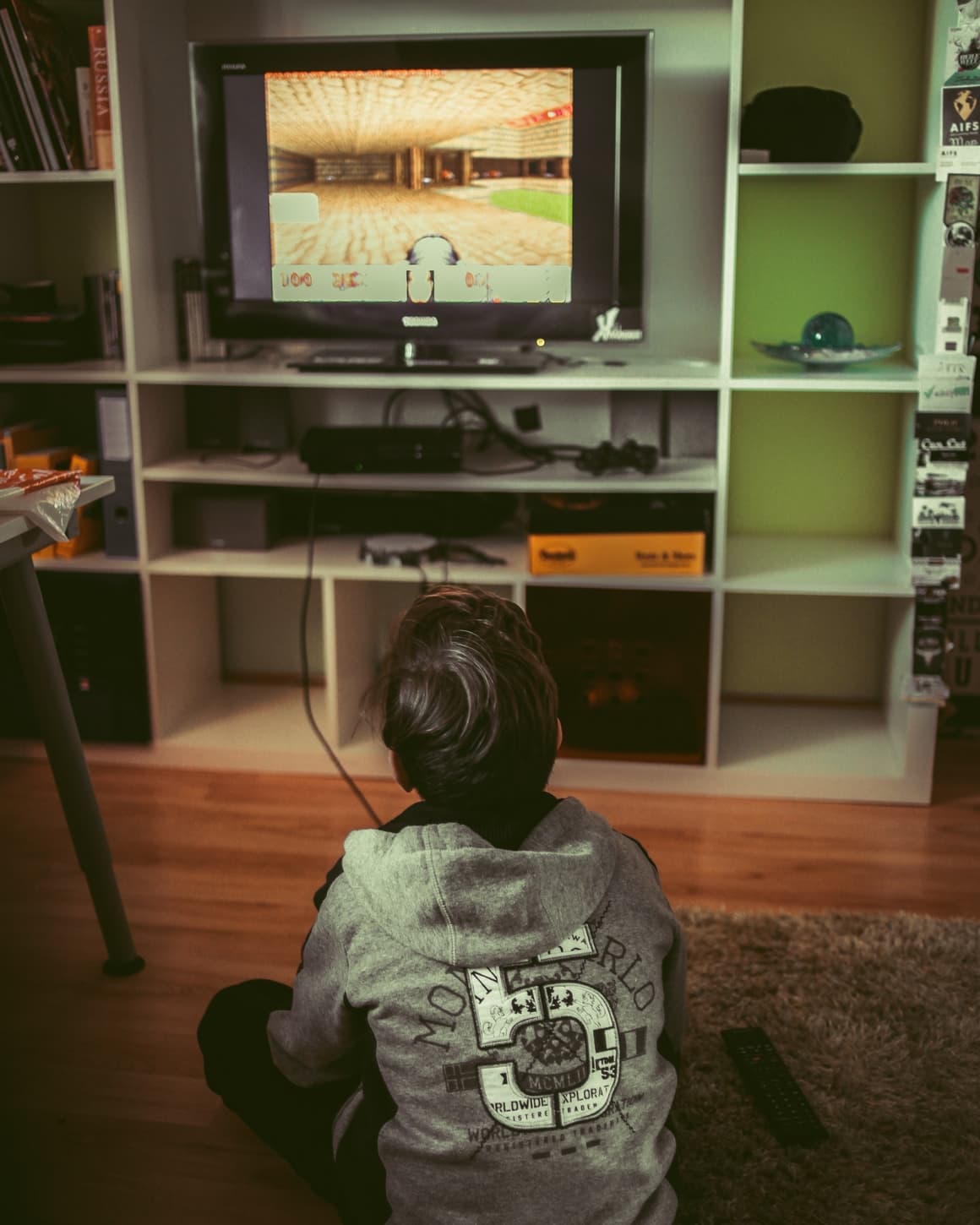 I have homeschooled my kids for the past nine years.

Our homeschooling schedule had written into it that Friday was a no lesson day, which meant that on this day my kids got to stay at home with their grandma while I met up with friends for some ‘me’ time.

Every Friday morning, when my kids were about nine and twelve, I would meet up with two friends, both of whom had boys of a similar age to mine.

And every week, without fail, we would all sit and cry to each other about the same thing.

The amount of time our kids were spending playing video games.

My friends and I still meet up for a weekly coffee, but these days we talk about how much rent we should charge our kids, how night sweats are plaguing our sleep and lots of other fascinating stuff like that.

My favourite retaliation when my son tried to convince me to let him have ‘just five more minutes’ on a game was the threat that he would end up with no brain cells.

I know. Who would’ve guessed? Me. A scientist.

It’s remarkable what you learn at Mummy and toddler coffee mornings when you stay behind to help clean up.

Had I done my research and educated myself a little further than a digestive biscuit and a cup of cheap nescafé I would have learned the following:

How many times have you said “get off that screen! You’ll be blind by the time you are 30.”

Ok then, maybe it’s just me that liked to threaten her kids with horrific ailments, but for those of you who have, it seems that we might have been wrong. 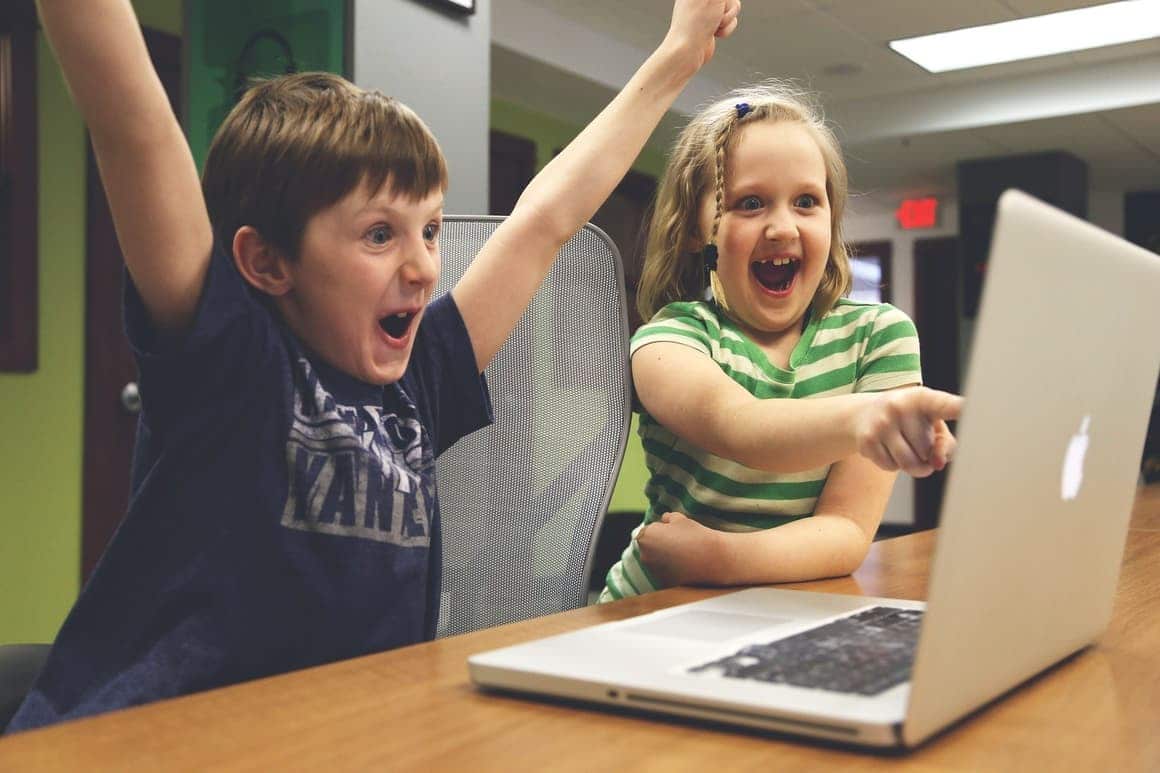 Parent approved video games played in moderation can help your kids in several other ways.

So Why Do Parents Stress About Their Kids Playing Video Games? (A Private Message From Me). 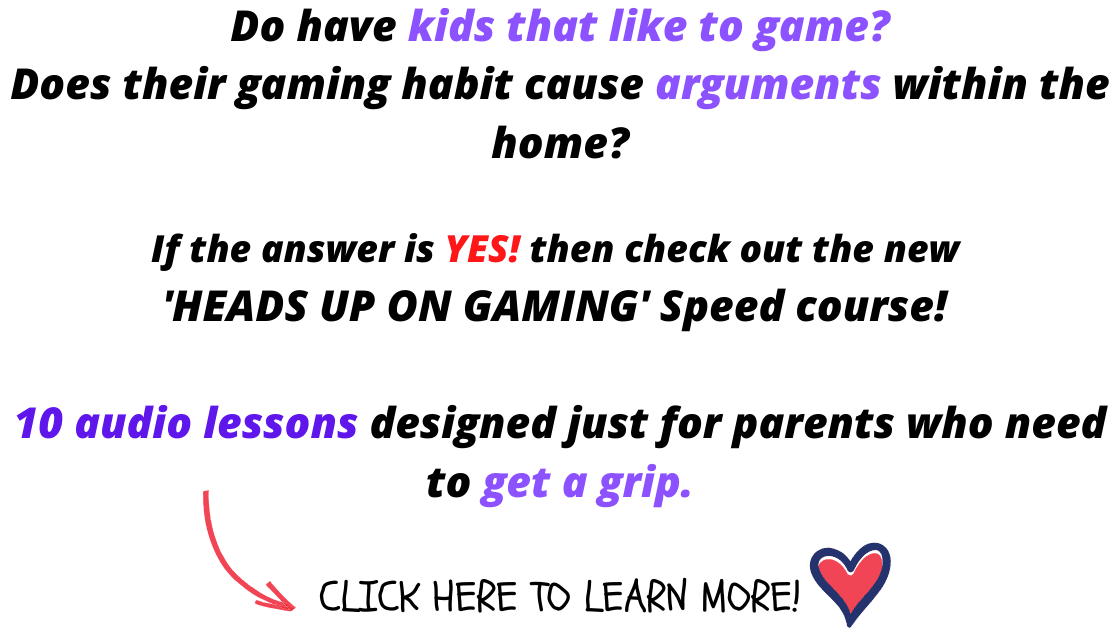 Although evidence that relates positively to gaming gives us parents a little comfort these facts and figures still don’t alleviate the stress that we feel when our kid walks away from the dinner table, switches on the button and reaches for the console.

6 Reasons Why Parents Stress Over Their Kids Gaming Habits

Lets’ face it, three hours spent in front of the screen could be spent far more productively. There’s homework, there’s the room that needs tidying, there’s granny to phone.

Lots of these video games make their money through upsells.

If a kid thinks that by wearing a shiny purple suit he’ll not only look far cooler than his peers but will be able to fight the aliens better, then that child will whine and plead until the parent gets the credit card out and coughs up.

I am sure that I am not the only parent in the world to hear an older child snap angrily at a younger sibling who walks in front of the screen while they are trying to play a game.

It’s stereotypical I know, but we have all seen (and feared) the image of the overweight gamer kid slumped in front of the screen scoffing unhealthy snacks.

Which parent wouldn’t prefer to see their child walk through the door with a sweaty face after competing in some outside sports game? (Preferably with an A+ report card in hand).

Self Doubt and Uncertainty

As parents, we are laden with the feeling of guilt that we are never good enough. We tell ourselves that whatever we do if our kids re unhappy in life then it will be because of what we did and didn’t. (Stepping in as an empathetic parent here – read one for two of these self-love quotes each morning – they work wonders for your self-esteem).

If something that we know little about threatens our world view, our perspective and our identity, then we tend to view that as a threat to our psychological safety.

This threat causes a cascade of self-protection thoughts (I should make it stop), emotions (crying, anger and rage) and actions (removing the device/ turning off the internet/ threatening to tell Dad) as we would in times of physical threat.

Remember Tuvok? He was a character in Star Trek, and he  said, “We often fear what we do not understand; our best defence is knowledge.”

Click here to learn how you can educate yourself on the world of your child’s online gaming. 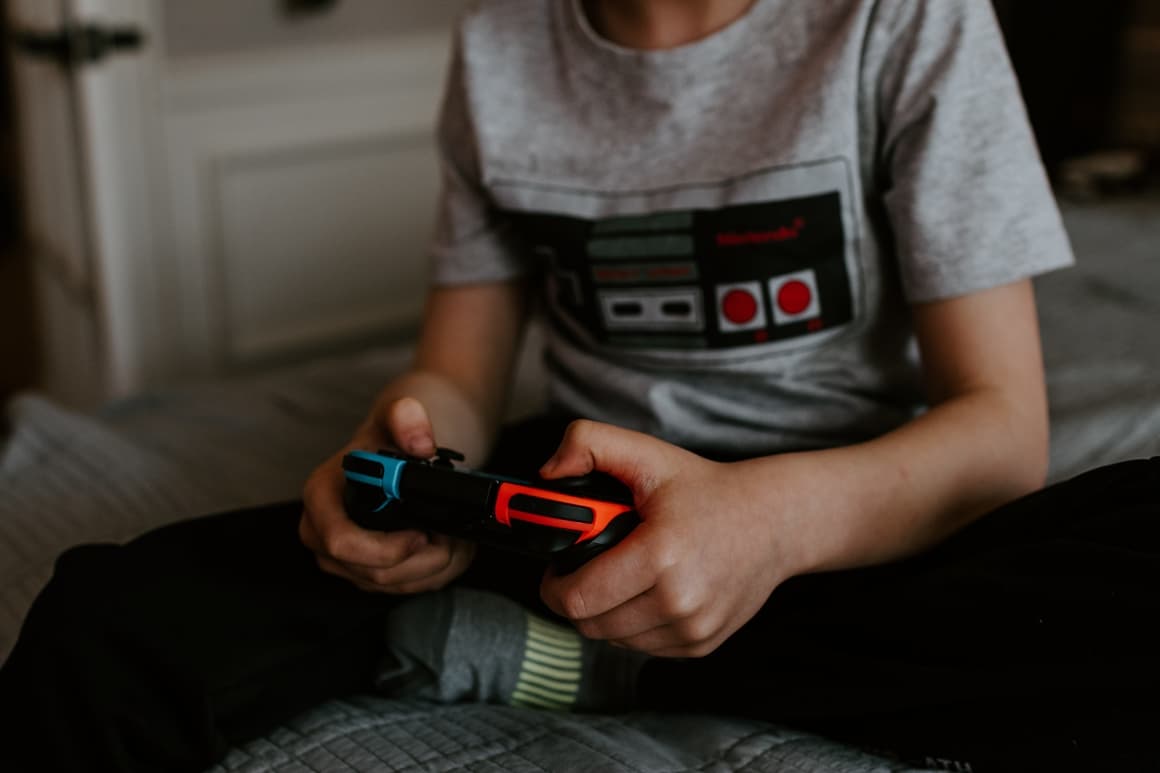 Isn’t this just every parent’s dread?

I know it was mine.

And while we are comforted with the fact that our children may have super-vision because they have played Hero for the last two hours, no parent wants to admit that they have let their child’s gaming habit get so far out of control that the activity is now an addiction.

Remember, too much of anything is not good.

If your child is not in control of his or her gaming habits, then it is time to step in and make changes.

Don’t ever forget. You are the parent. What you say goes – regardless of how uncomfortable implementing the rules might be.

If the pull of a gaming world is so great that your child is willing to ignore schoolwork, friends and family then take charge and cut back on gaming time. 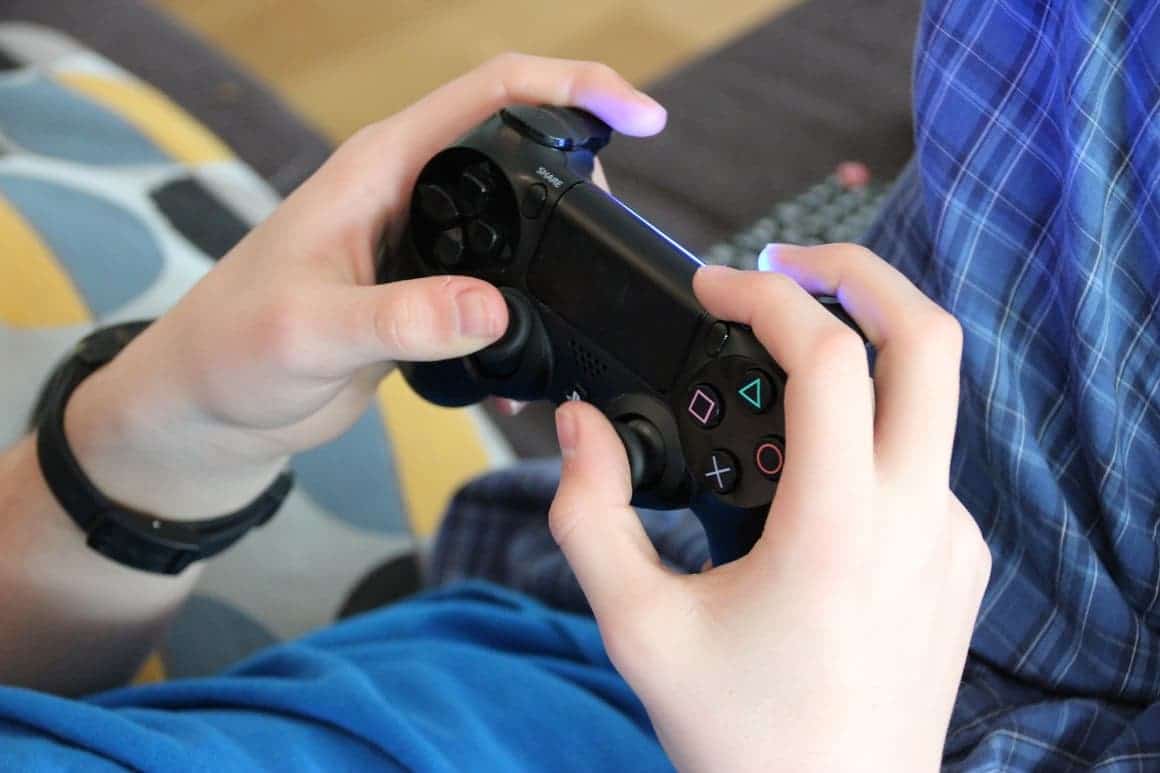 Most studies nowadays consider that about 30–40 min of game playing every day to be the ideal schedule.

As a parent of a teenage boy, I know that this is far easier to read than it is to implement.

But if parents try to set firm family rules and do their best to stick to them, the chances of your child’s gaming getting out of hand are slim.

Consider these suggestions that will help gaming be a minor (but enjoyable) part of your child’s day rather than taking it over. 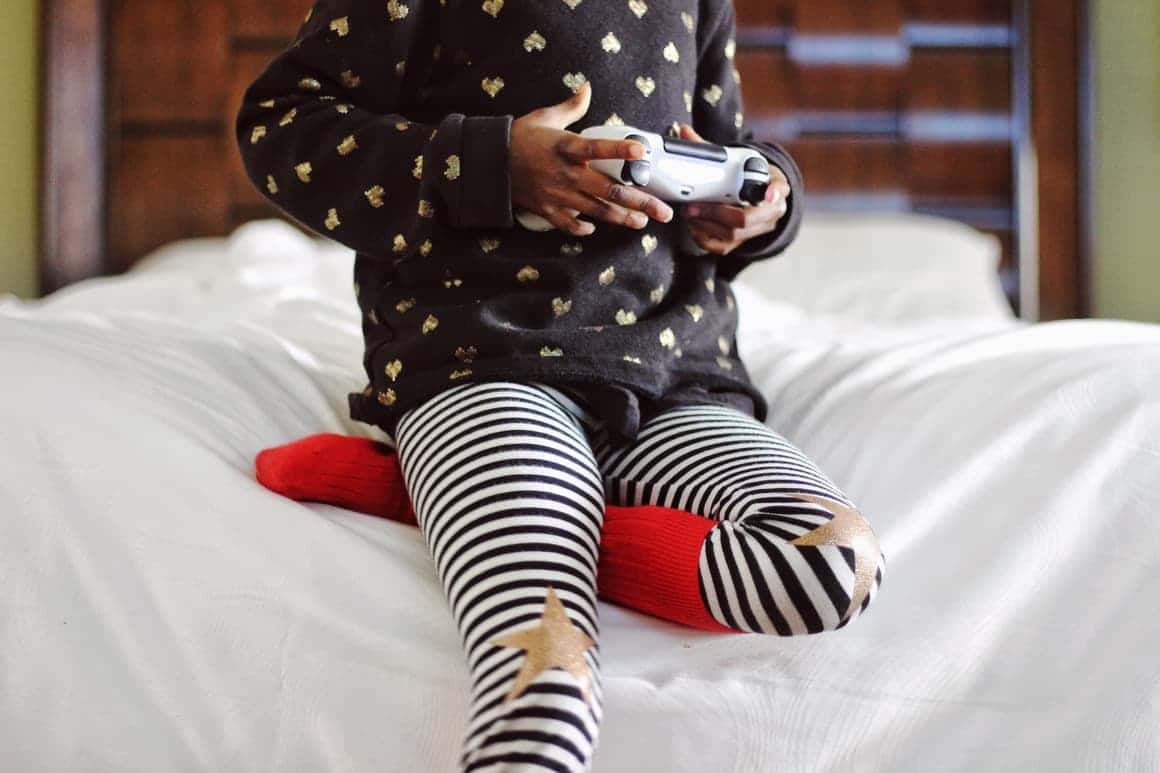 Look. Parents. I am not here to make you feel bad. Or to convince you that your child has a gaming problem and it’s all your fault.

Far from it. I have been where you are now, and I know what it feels like to cry in the bathroom – convincing yourself that your child playing video games is going to ruin their lives and undo all the hard work you have put into raising that beautiful little person.

This post is to help you. To give you the increased knowledge (and power) and to make you feel more at ease when your child is gaming. 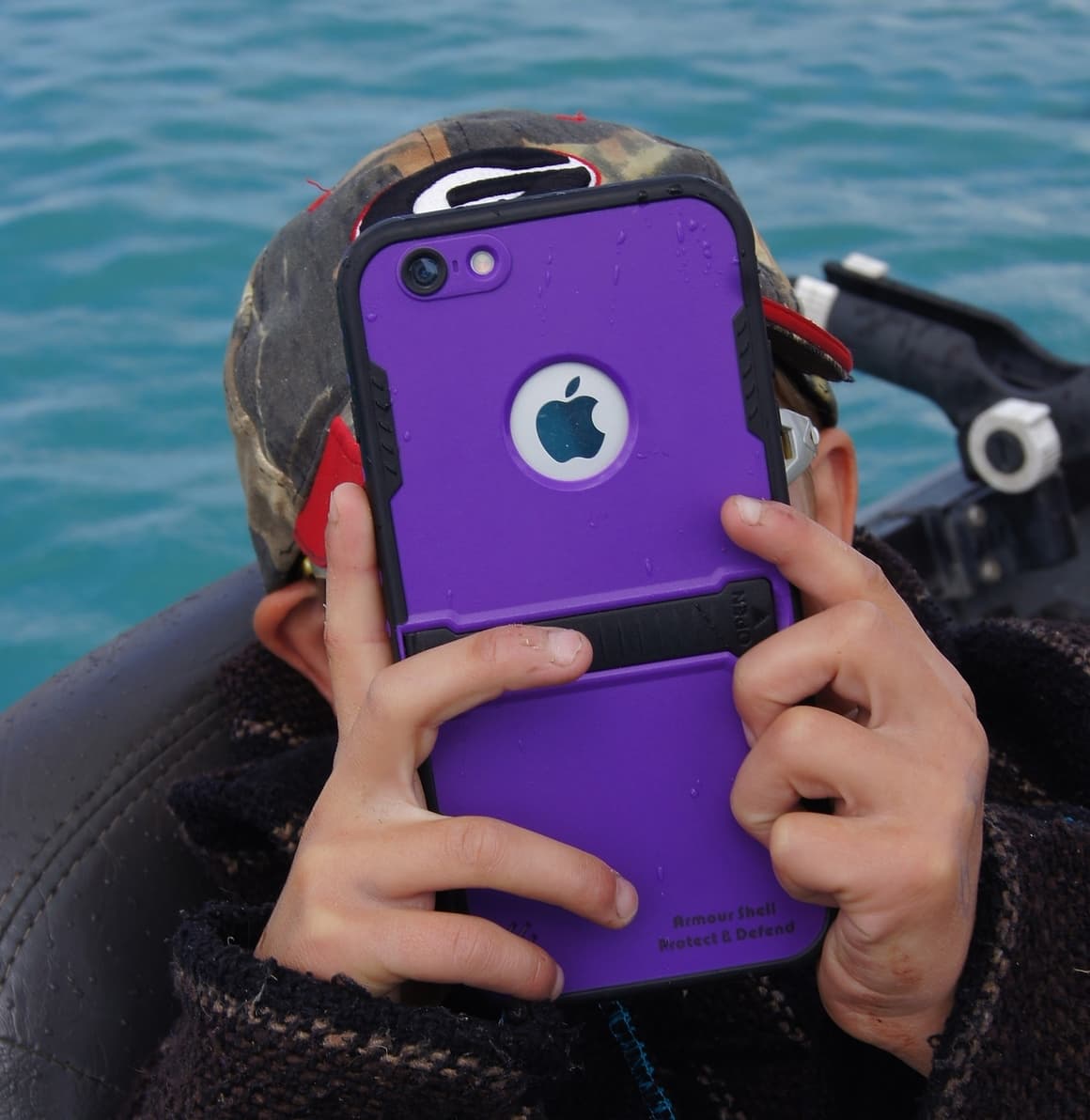 Video Games Are Very Much Part Of Todays Culture. You are not alone.

Three-quarters of all Americans have at least one gamer in their household, and over eight million UK families have video consoles in their home.

44% of parents in the UK educate themselves on the most popular video games in an attempt to impress their kids!

(What we talked about on this week’s podcast)

In this week’s podcast episode me, Brian (my husband) and Sonny (my teenage son) talked on all things concerning kids and gaming. Including:

The effects of too much gaming

What the best (and the worst) games were for kids

How parents can regulate a child’s gaming habit

The link for the in-depth audio course made JUST for parents who don’t understand their kid’s gaming habit is here. 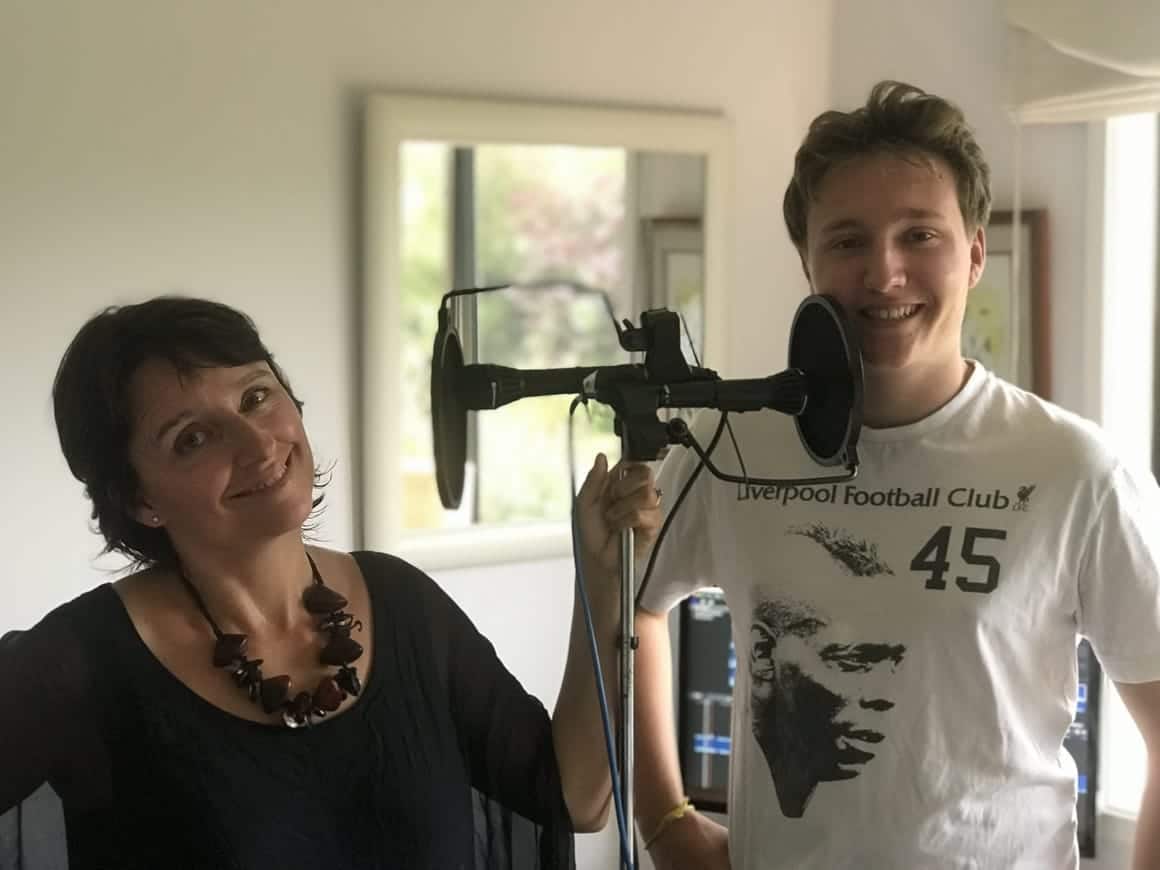 Homeschooling & working full time. How to make it possible

Dear teenage son. Why do you have your phone constantly strapped to your wrist?

Homeschooling high school kids. The program you need to know about. 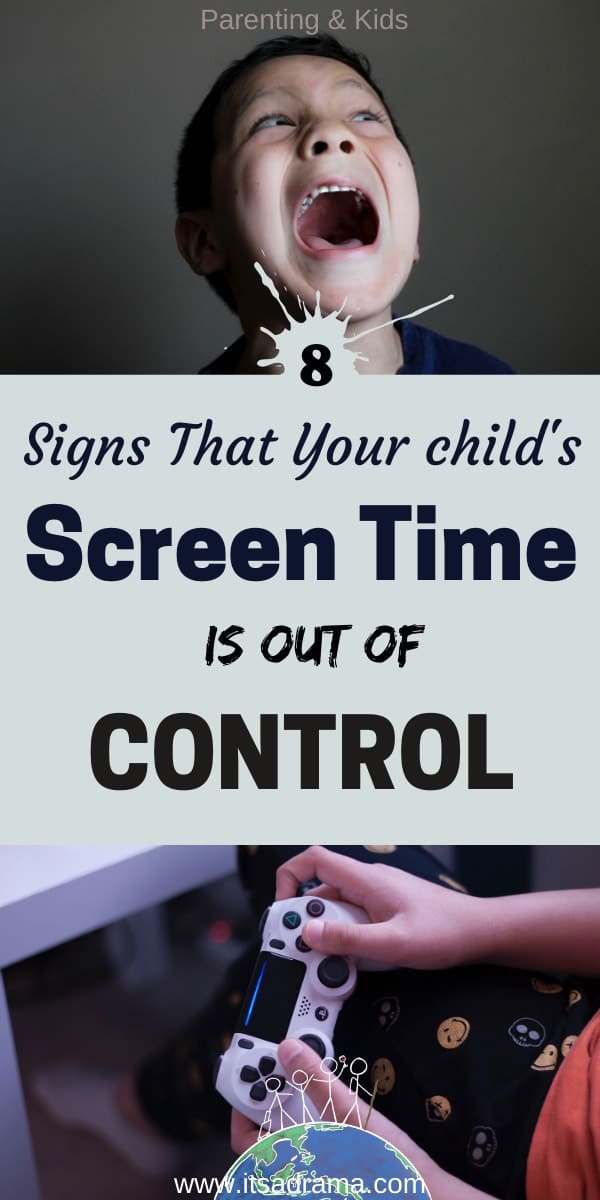 Did You Enjoy Our Podcast on Kids & Gaming?

We’d love to know what you think about this week’s show and if there is anything you would like to know further so that we can include it in our question time next week.

Thank you for your support and don’t forget— If you enjoy our podcasts then you can subscribe to us on iTunes or Spotify (that way you will never miss an episode!)

If you know of someone who has kids that play video games and have similar worries to you, then please share this podcast episode and post with them! 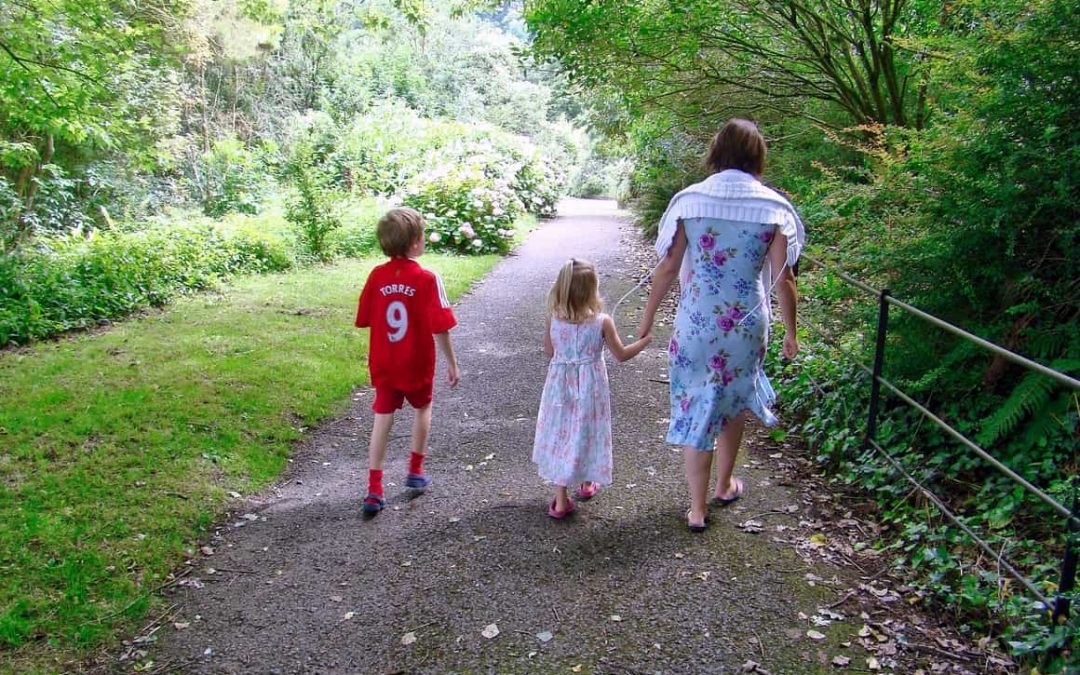 Homeschooling Vs Public Schooling. Everything You Need To Help You Decide

Imagine that it’s that time of year again.

When the summer is just about over, your kid’s faces are glowing with health, the new school shoes and PE kit bags are stuffed and polished, waiting in the hallway.

END_OF_DOCUMENT_TOKEN_TO_BE_REPLACED 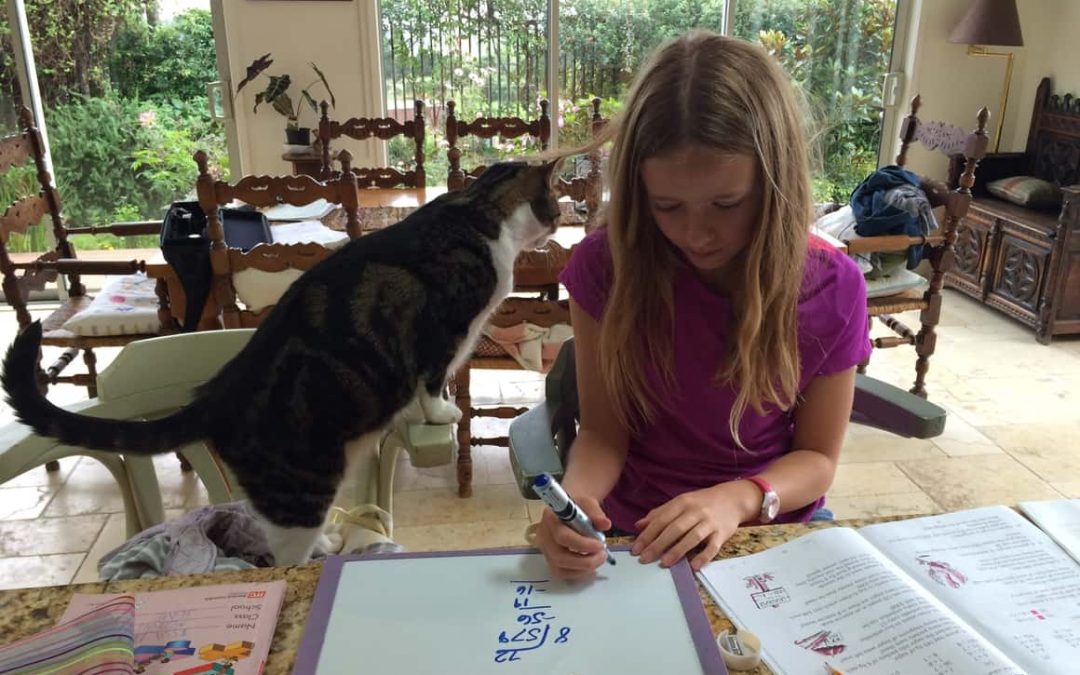 Homeschooling & Working Full Time. What To Be Aware Of.

END_OF_DOCUMENT_TOKEN_TO_BE_REPLACED 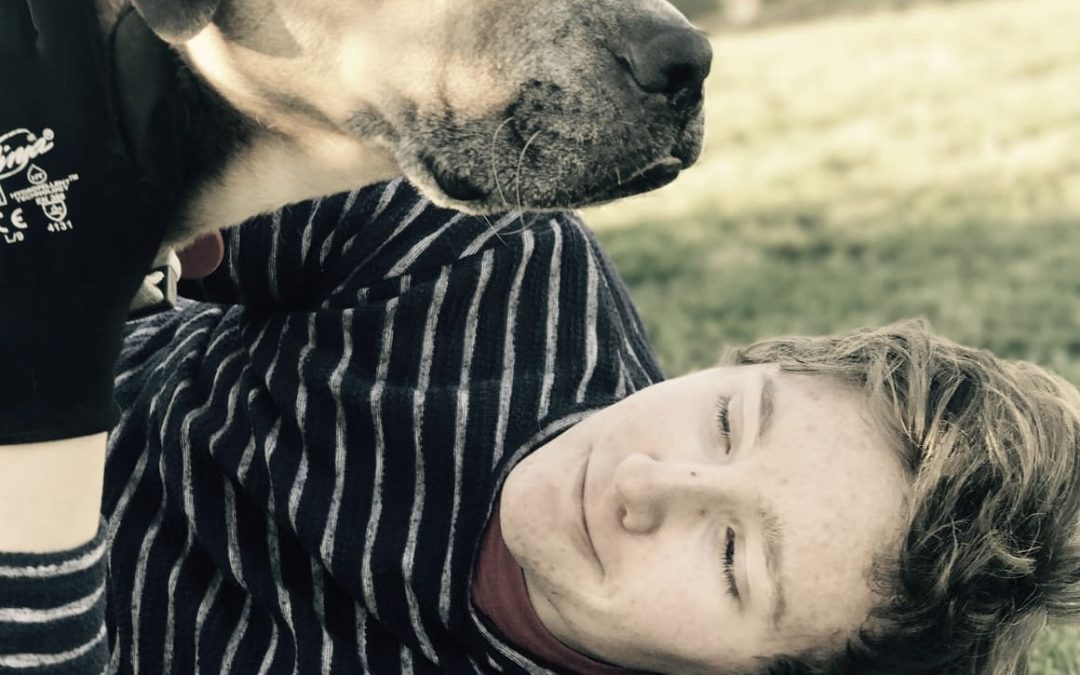 In Support of the Teenager​.

I feel I need to come out as being in support of the teenager. You see, it has come to my attention that over the past few months of writing this blog, I may have come over as being a whinging old bag. A hormonal, moaning Brit expat. The mother of two teenagers.

It dawned on me, END_OF_DOCUMENT_TOKEN_TO_BE_REPLACED